Align Tech (ALGN) was one of our top plays into 2021 so on 5/10 a large trade gave a great signal to get involved into weakness. ALGN has been a top performer since that day rising more than 30% in three months!

“Align Tech (ALGN) large trade on 5/10 as 2000 January $600 calls bought for $13M as the October $610 calls that opened on 4/29 and were adjusting from May calls, adjusted again. ALGN lack much notable open interest outside of this trade. ALGN shares are up 12% YTD but have pulled back the last two weeks with growth stocks and after a failed breakout move to new highs after earnings that faded hard. The $538 level may be solid support as a retest of its late March base breakout while VWAP from the big October 2020 gap and go move is at $529. ALGN is a global medical device company engaged in the design, manufacture and marketing of Invisalign® clear aligners and iTero® intraoral scanners and services for dentistry, and exocad® computer-aided design and computer-aided manufacturing (“CAD/CAM”) software for dental laboratories and dental practitioners. ALGN currently has a market cap of $46.25B and trades 47.6X Earnings and 11.2X EV/Sales with revenue seen increasing 54% in 2021 and 20.5% in 2022. ALGN sees an enormous market potential utilizing AI/Machine Learning to become a digital orthodontic leader with current market share only around 10%. ALGN also has a large opportunity to expand to International markets. ALGN’s 1Q21 cases/revenue/EPS exceeded consensus by 5%/9%/23%. ALGN’s recent performance has benefited from patient backlog or consumers pulling forward treatment during COVID. Management remains confident in the growth outlook as the pandemic has accelerated the share shift to clear aligners and the significant investments made in marketing, salesforce, and doctor education are paying off. Analysts have an average target of $720 and short interest is low at 2.4% of the float. Goldman raised its target to $750 after results. Leerink raised its target to $770 seeing the accelerating adoption curve of clear aligners. Stifel raised its target to $750 expecting higher sales and margins. Hedge Fund ownership fell 6.8% the latest quarter, Edgewood, Polen, and Bares top holders while Winslow Capital took a new position.” 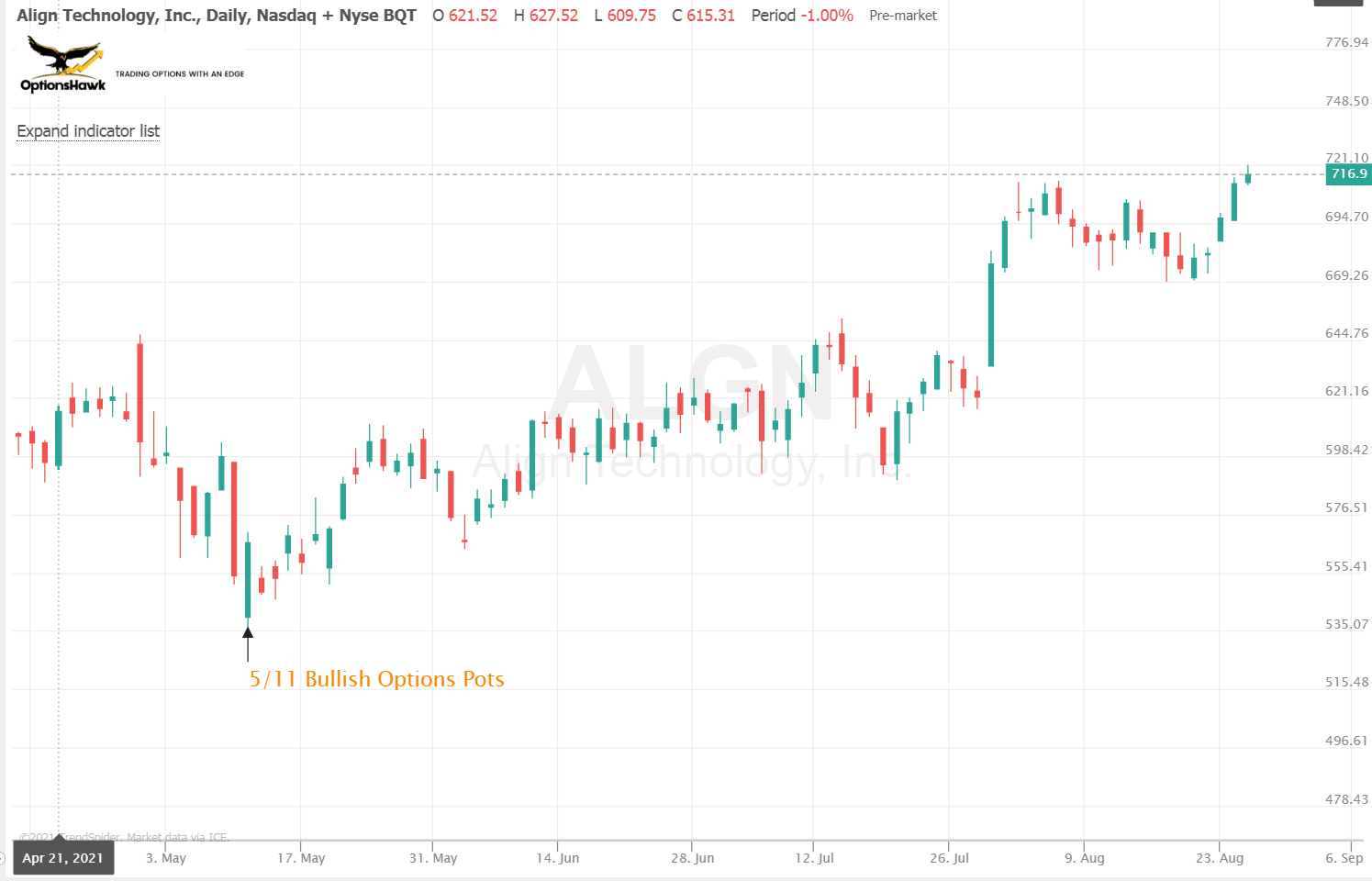