On 12/24/2020 we put out a featured Options write-up on FLIR with its unusual call buying. Another well-timed signal!

Here was the original report:

“Flir Systems (FLIR) hot yesterday trading 25X average volume including buyers in the February $45 calls and July $55 calls and today a buyer early for 1000 February $40/$55 call spreads for $5.77. Shares jumped this week and now fairly extended short-term but working out of nice weekly range and room back to $55 and downtrend resistance from the 2018 highs. The $5.76B company trades 18.9X earnings, 3X sales, and 38X FCF with a 1.5% yield and strong balance sheet they expect to put towards deals in the future. FLIR is a key beneficiary of the re-opening process in the US with their EST scanners a critical part of safely resuming factory work, air travel, and many other high-volume areas. The company held an Investor Event earlier this month and laid out plans to grow within a nearly $10B pipeline of opportunities across sensors, UAV, industrial and other end-markets. They’re entering a major product launch cycle with new infrared tech that should support new client wins and refreshes into 2021.  Analysts have an average target for shares of $50. Canaccord positive in August as FLIR should benefit from the broader industrial recovery while upside in the defense business is not properly priced into shares. Needham with a $55 PT noting that EST screening and unmanned systems should keep near-term demand strong and more than offset softer trends in maritime. Short interest is 2.5% and up from around 1.5% earlier this year. Hedge fund ownership fell 7.5% in Q3, Shapiro Capital a top buyer of 1.99M shares and Ceredex Value adding to their 2.4M share stake.”

We also featured FLIR as a base breakout chart trigger on 11-18-2020 with this chart: 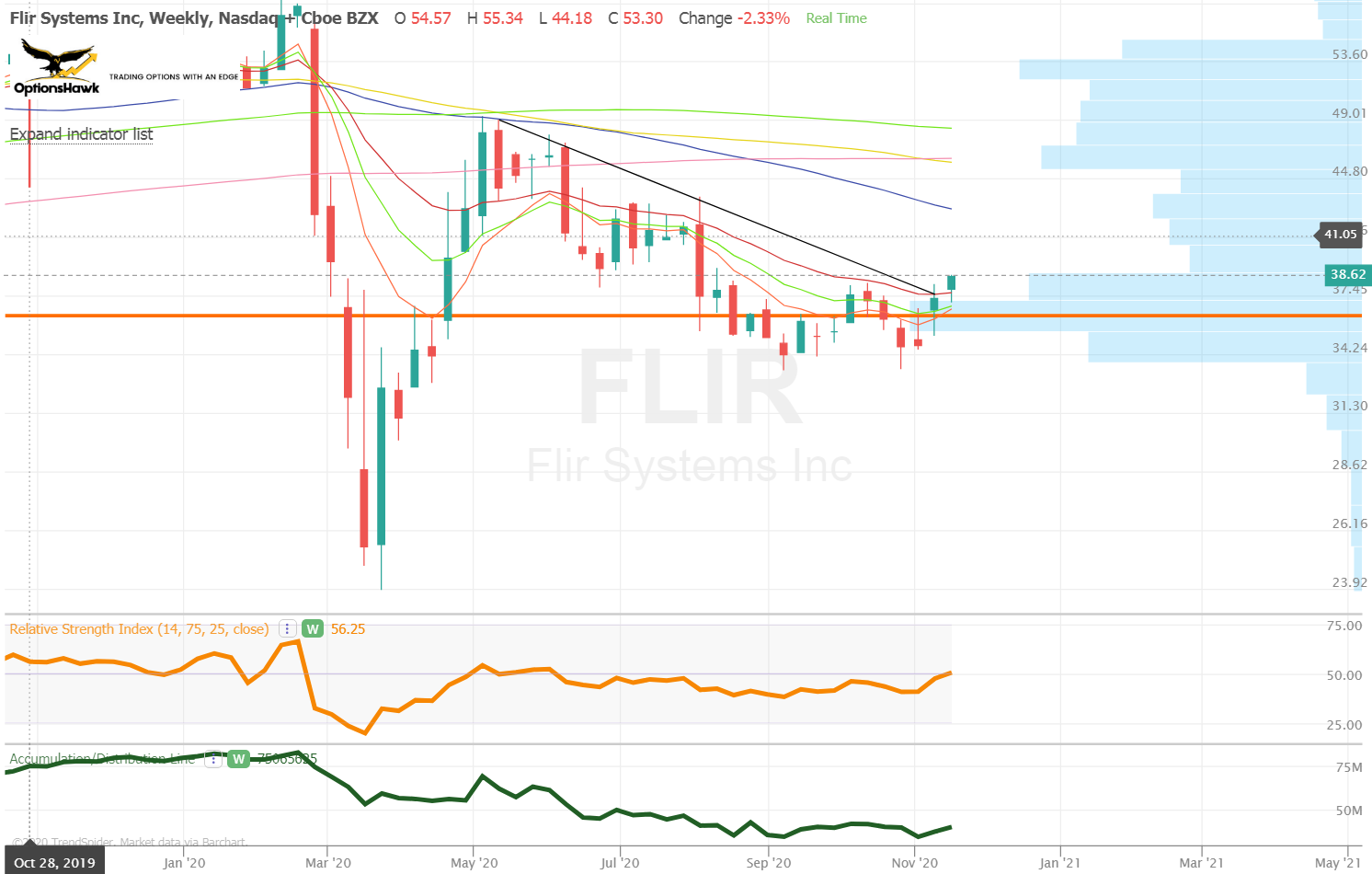