Celldex Therapeutics (CLDX) a Biotech with impressive relative strength and shares have now doubled since a large call option buy on May 20th gave us a bullish signal.

Once again, a very successful large trade with the kind of ones we like to look for, expirations > 90 days out, a trade over $1M, a clear catalyst, and a relative strength name to peers.

This was our write-up on May 21st:

“Celldex Therapeutics (CLDX) with a large trade on 5/20 that opened 2000 January $30 calls at $7.40 as the May $25 calls closed while 1000 May $20 calls bought on 1/6 look ready to exercise, 600 August $25 long calls remain and over 1500 January $30 calls already in OI from prior buyer flow. CLDX has been a relative strength Biotech with shares +58% YTD and in a nice weekly rising channel. Shares have consolidated since hitting a new high recently but have room up to $40. CLDX is a biopharmaceutical company dedicated to developing therapeutic monoclonal and bispecific antibodies that address diseases for which available treatments are inadequate. Its drug candidates include antibody-based therapeutics which have the ability to engage the human immune system and/or directly affect critical pathways to improve the lives of patients with inflammatory diseases and many forms of cancer. CDX-0159, a monoclonal antibody that specifically binds the KIT receptor and potently inhibits its activity, which completed a Phase 1a study in healthy subjects in summer 2020. CDX-1140, an agonist monoclonal antibody targeted to CD40, a key activator of immune response, currently being studied in a Phase1 study. CDX-527, a bispecific antibody that uses our proprietary highly active anti-PD-L1 and CD27 human antibodies to couple CD27 co-stimulation with blockade of the PD-L1/PD-1 pathway, for which it initiated a Phase 1 study in advanced solid tumors in August 2020. CLDX has a market cap of $1B and revenues not seen near-term as a clinical stage Biotech while it has $195M in cash. Analysts have an average target of $35 and short interest is elevated at 25% of the float. HCW rates shares Buy with a $36 target positive on recent CDX-0159 data as being highly promising after an 80% response rate. Cantor raised its target to $35 in February seeing potential for CDX-1059 in prurigo nodularis which could open an important market opportunity. CDLX trades fairly cheap for the potential market opportunity and could attract M&A interest. “ 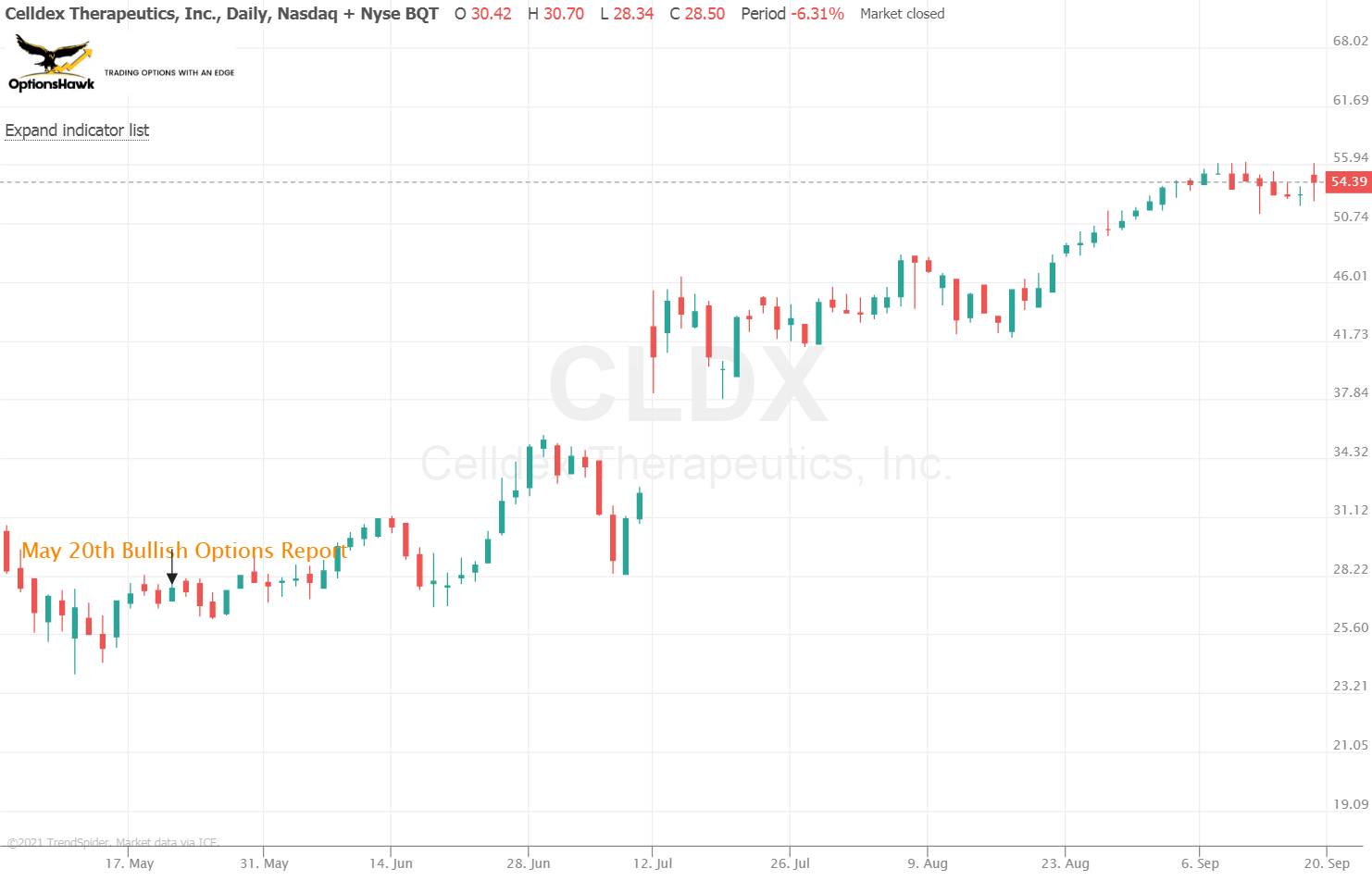