Z-Scaler (ZS) shares have been an incredible own and continue to set record highs daily. We featured it in a write-up in mid-June based on accumulation of option flows and shares have risen more than 50% in four months and the options at magnitudes higher.

“Zscaler (ZS) with an interesting trade on 6/16 as 1750 August $190 puts were sold to buy the $220/$250 call spreads as June spreads adjusted, targeting new highs, and also a smaller buy of 275 November $210 calls for $700K. ZS sees a lot of smaller contract size but larger dollar value trades including 750 August $220 calls bought on 5/4 and an opening seller of November $180 puts on 5/11 for over $1.1M in premium. ZS also had a large opening sale of 1800 September $175 puts on 4/1 and January 2022 still has large call positions from buyers back in March including 1950 of the $145 calls, 2200 of the $310 calls, and 3100 of the $230/$290 call spreads. ZS broke out of a large weekly bull wedge in May and has continued to show relative strength with weekly MACD crossing bullish. The 138.2% Fibonacci extension of its correction would target around $260. ZS is the leader in cloud security and pioneered a cloud platform, the Zscaler Zero Trust Exchange, that represents a fundamental shift in the architectural design and approach to networking and security. The Zero Trust Exchange eliminates the need for traditional on-premises security appliances that are difficult to maintain and require compromises between security, cost and user experience. ZS has a market cap of $28B and trades at a premium valuation of 43X FY21 and 32X FY22 EV/Sales, one of the highest valuation names in the market, but is delivering accelerating growth with revenues rising 42.4% in 2020 and seen rising 53.7% in 2021 with one quarter remaining while FY22 seen at 35% topline growth. Q3 billings came in at +71% Y/Y despite tough comps. An elevated threat environment is driving more deals while it is also seeing better sales productivity. Zscaler’s net retention rate was 126% in the quarter reflecting benefits from strong platform up-sell activity and stable customer retention rates. ZS held an Analyst Day in January and based on estimates of 335 million serviceable users and 150 million serviceable workloads, management pointed to a Serviceable Addressable Market (SAM) of $72bn ($49bn for Users and $23bn for Workloads). Growth potential and market expansion opportunity with cloud workload protection remains an early but promising opportunity. Analysts have an average target of $235 and short interest is 7.5% of the float. On 6-10 ZS announced integration with Service-Now (NOW) for enterprise cloud data control and threat detection/response.  JMP raised its target to $240 this week positive on new product announcements at Zenith Live 2021. Cowen started Outperform with a $225 target recently as a next-gen security company disrupting legacy providers. Needham raised its target to $245 after the quarter citing larger deal sizes, strong growth in new features, robust upsell and strong new customer additions. Hedge Fund ownership fell nearly 14% in Q1 filings” 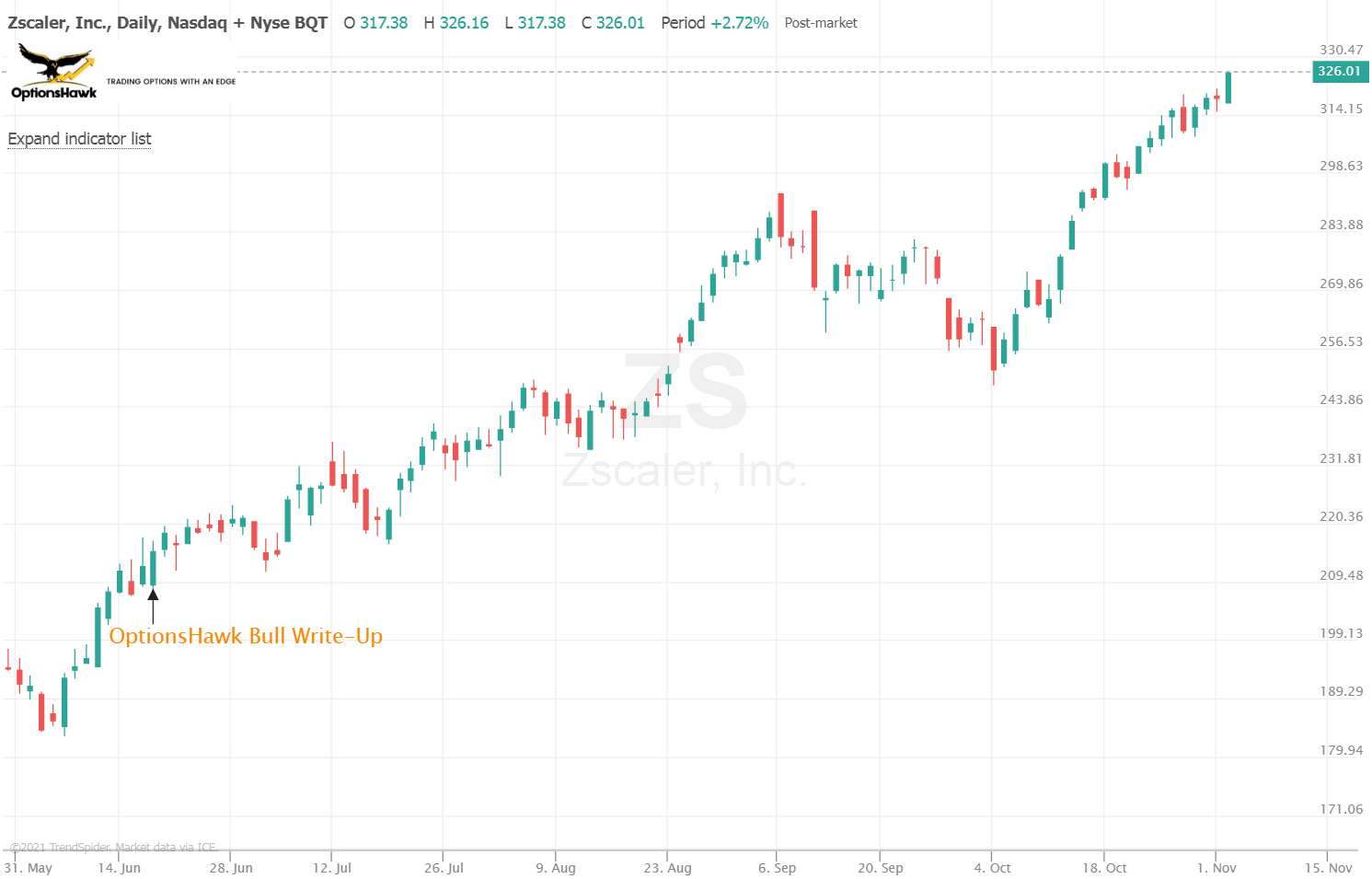