Disney (DIS) shares on an epic run to close 2020 and option players were positioning smartly as it based in September with the known Analyst Day catalyst ahead. We dove into the activity on 9/24 as large positions were accumulating in March expiration. There were a lot of follow up alerts as well with a ton of bullish activity in the weeks that followed but these March $155 calls currently trade above $29, more than a 700% gain.

“Disney (DIS) aggressive buys of 1500 March $150 calls $3.55 to $3.60 into weakness, and follows 1000 of the $145 calls bought yesterday afternoon, and 1,000 March $155/$120 bull risk reversals opened on 8/13. DIS shares are showing weakness with the other streaming media plays this week as competition in the space continues. The weekly is starting to form a potential head and shoulders topping pattern above that large gap move from April, but support potential in this $133-$135 zone. The $246B Media giant trades 23.4X Earnings, 18X EBITDA, and yields 1.3%. DIS is a story of many moving parts as it integrates its acquisition of Fox and also set to launch its streaming media platform. Analysts have an average target of $152 and short interest low at 1.1% of the float. CSFB upgraded to Outperform on 8-8 with a $150 target seeing less risk to estimates and notes catalysts as (1) successful pay TV distribution renewals increasing confidence in affiliate revenue, including Charter and DISH shortly and AT&T in early September, with Disney+ distribution included in each; (2) Star Wars land opening at WDW August 29th and the key Rise of the Resistance attraction opening Dec / Jan at WDW / DL to drive Parks after its F3Q19 air pocket; (3) Disney+ to begin advertising in late August (the D23 Expo is August 23-25), and numerous marketing / distribution partnerships to be announced leading up to its November 12th, U.S. 2019 launch; (4) FY20 to begin with a strong film slate (Star Wars 9; Frozen 2); and (5) Fox results to rebound during FY20, increasing confidence the Fox deal might be able to approach management’s FY21 accretion guide. DIS disappointed last quarter but was defended at many firms and Rosenblatt out two weeks ago with a $170 target. Imperial lowered estimates today on dim prospects for the Ad Astra film. Bloomberg reported on 9/10 that DIS plans to sell its video game unit. Tigress out positive on 8/26 saying continued accelerating business performance from its “strong” studio results and expects the ramp of its DTC streaming service to generate increasing return on capital. Hedge Fund ownership fell 15% in Q2 filings.” 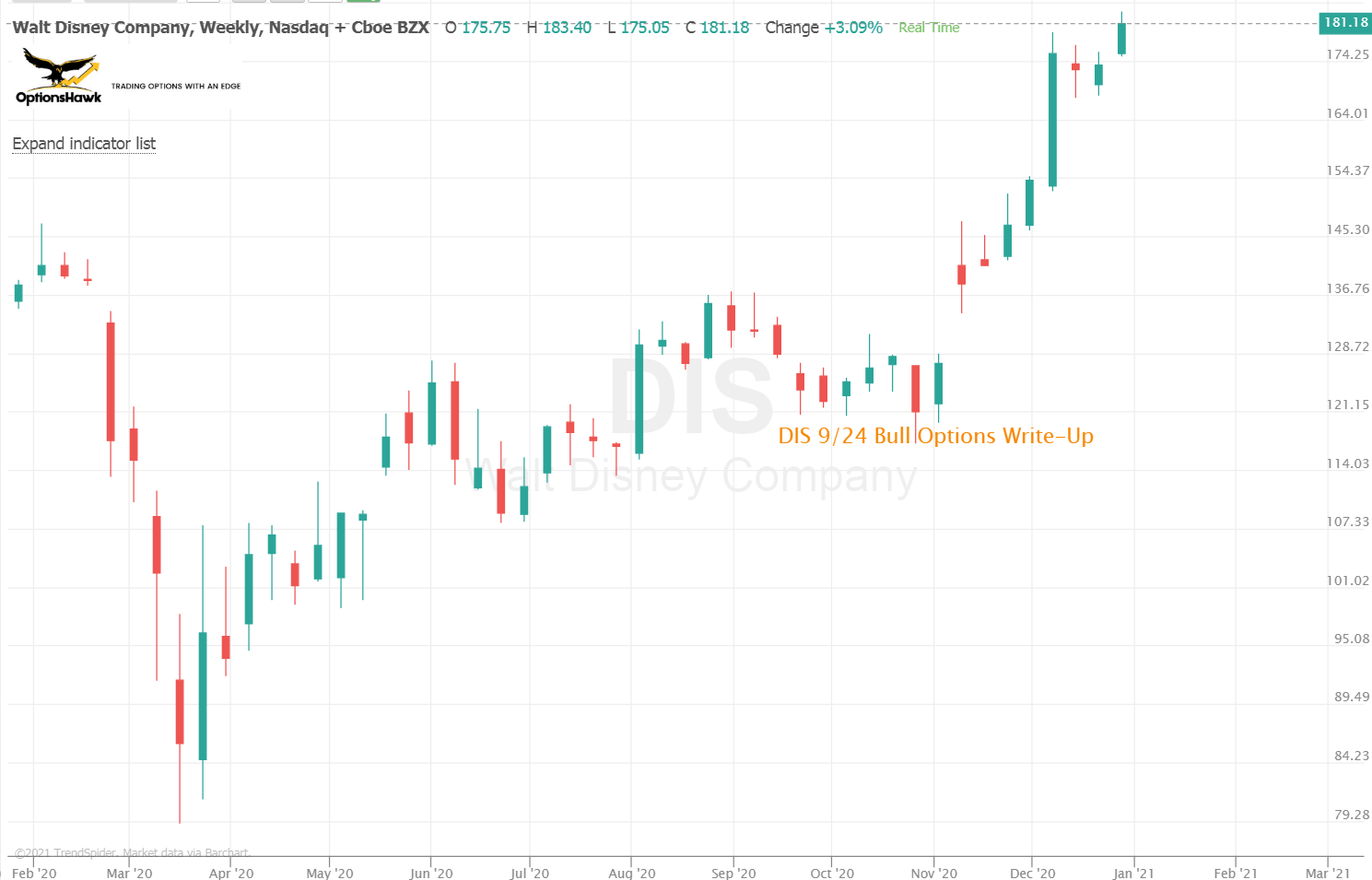