DropBox (DBX) triggering out of its bull flag just a day after 5000 September $32 calls were bought to open, a name with 20,000 August $33 calls bought in open interest and 10,000 August $35 calls as well as size in October $35 calls. DBX is an undervalued Tech name that has been an activist battle and the company has made huge strides in FCF generation. DBX has more than 600M registered users and operates an open ecosystem allowing for linked third-party applications. DBX is working on transitioning more users to paid memberships, upselling current members and expanding products such as its Vault, Backup and Passwords products. DBX currently has 12% operating margins with a long-term outlook of 28-30%. DBX sees itself doubling FCF by 2024, a CAGR of 20% and wants to allocate capital to M&A. 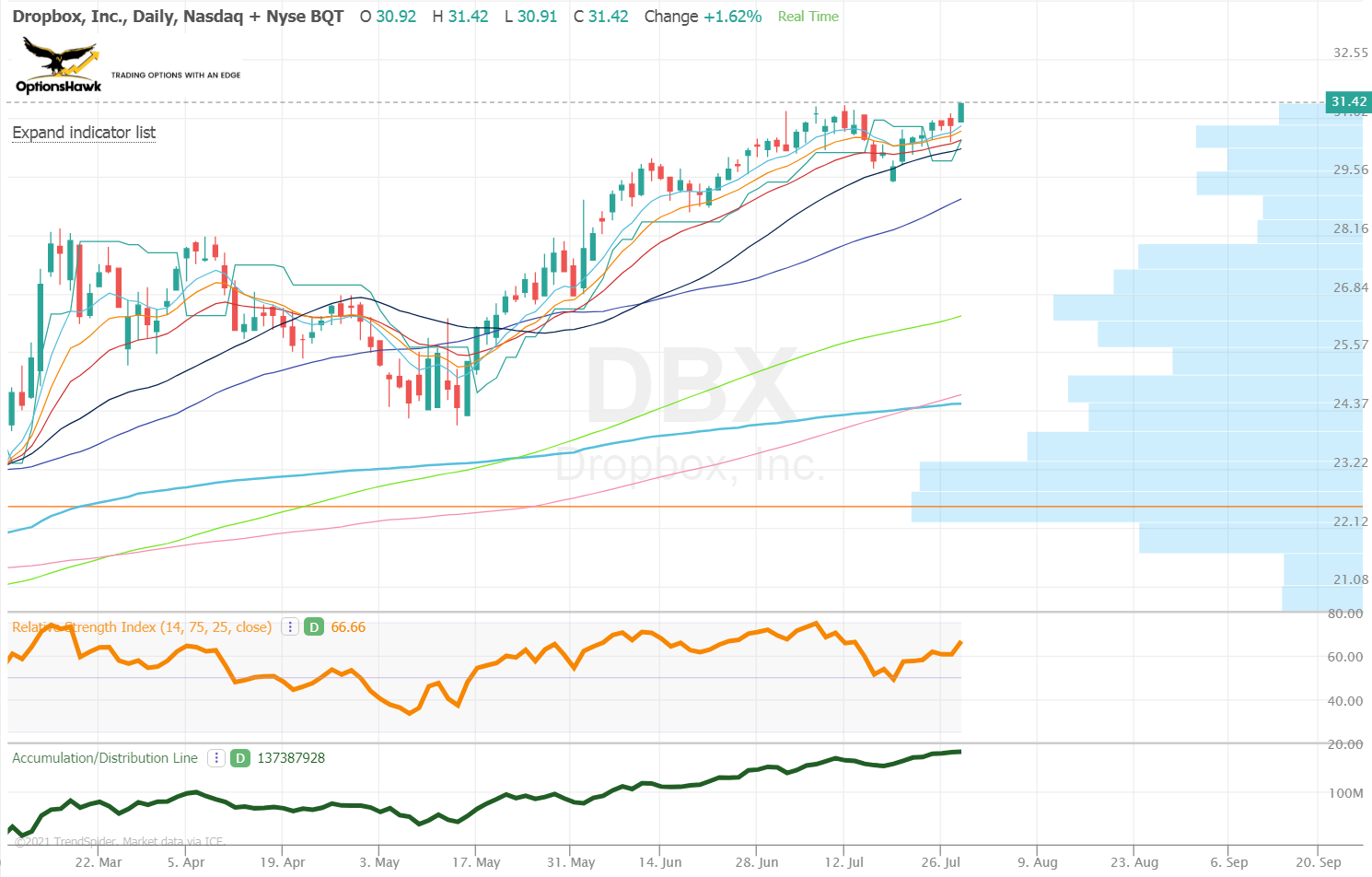