Edward’s (EW) a favorite med-tech name for many years was struggling earlier this year but on 3/29 we started to see bullish options sentiment, and trades since that time have remained very bullish. EW shares have surged 44% since this post in five months! We have recently seen buyers in September $125 and $128 calls while 3000 November $100 puts were sold to open and on 6/14 the November $110 calls bought 6250X to open for $2.4M!

“Edwards Lifesciences (EW) with a large trade on 3/26 as 4000 May $85/$70 bull risk reversals opened at $1.50 debits and becomes the only real notable open interest in the name outside of a smaller 3/16 trade that bought 575 April 30th (W) $84 calls. EW shares are -9.8% YTD with a steady move back to retest a key breakout level, also basing right near the 200-day moving average and closing the week strong after defending 9-month trend support. Shares have some congestion to work through in the $84/$87 zone but potential to then work to next upside targets of $94.50 and $102. Edwards Lifesciences Corporation is the global leader in patient-focused medical innovations for structural heart disease and critical care monitoring. EW is the world’s leading manufacturer of heart valve systems and repair products used to replace or repair a patient’s diseased or defective heart valve. Its robust pipeline of future technologies is focused on the less invasive repair or replacement of the mitral and tricuspid valves of the heart, which are more complex and more challenging to treat than the aortic valve that is currently the focus of many of our commercially approved valve technologies. EW is also a global leader in hemodynamic and noninvasive brain and tissue oxygenation monitoring systems used to measure a patient’s cardiovascular function in the hospital setting. Cardiovascular disease is the number-one cause of death in the world and is the top disease in terms of health care spending in nearly every country. EW sees a $10B+ opportunity in global transcatheter sales by 2025 and sees a $7B opportunity in TAVR. EW is expecting a strong second half as vaccinations lead to more improved access to healthcare. TMTT is seen as a key growth driver with guidance for sales in 2021 to nearly double as it launches PASCAL PRECISION which is a brand-new delivery system that can deliver both PASCAL and PASCAL ACE for mitral and tricuspid patients. EW currently has a $50B market cap and trades 33.3X Earnings, 11.5X Sales and 77.7X FCF with revenues seen rising 15.9% in 2021 and EPS growing 14.5%. Analysts have an average target of $94.25 on shares with short interest low at 2.7% of the float. There has not been any recent analyst commentary. Sands Capital, Jackson Square and Champlain Partners some notable top holders.” 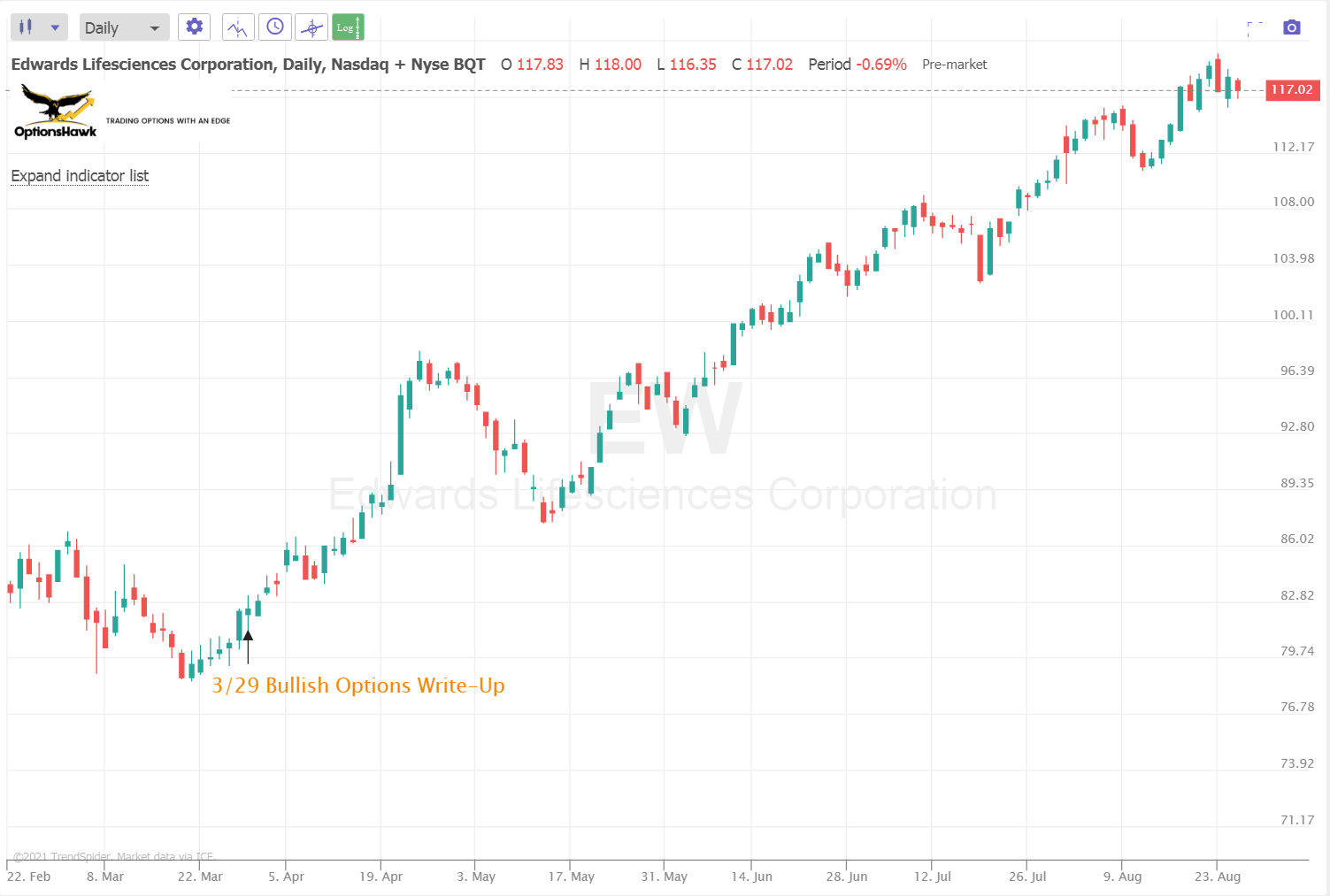