We have fairly light positioning for the June 25th (W) OpEx as we near quarter-end and a slow catalyst period before Q2 earnings season picks up in mid-July. On the Macro-front we will get Flash PMI for June, GDP and Personal Income/Spending numbers. On the earnings-front Nike (NKE), Accenture (ACN), Fed-Ex (FDX) and Paychex (PAYX) are the main reports.

The investment conference schedule remains pretty active and we are entering pre-announcement season. Mobile World Congress 2021 will take place with Intel (INTC) presenting Monday. Jefferies will host a consumer conference and JP Morgan an Energy conference. Investor Days at EQIX, BOX, ASML, PKI, PD, NVRO and RE. There are ten names this week that stand-out with bullish positioning for this expiration.

Square (SQ) with 1400 of the $205 deep ITM calls sitting in open interest and also has seen activity in higher strikes. Square recently bounced off its 200-day moving average nicely and this week moved above VWAP off its April highs, the current breakout measuring to a $262 target. 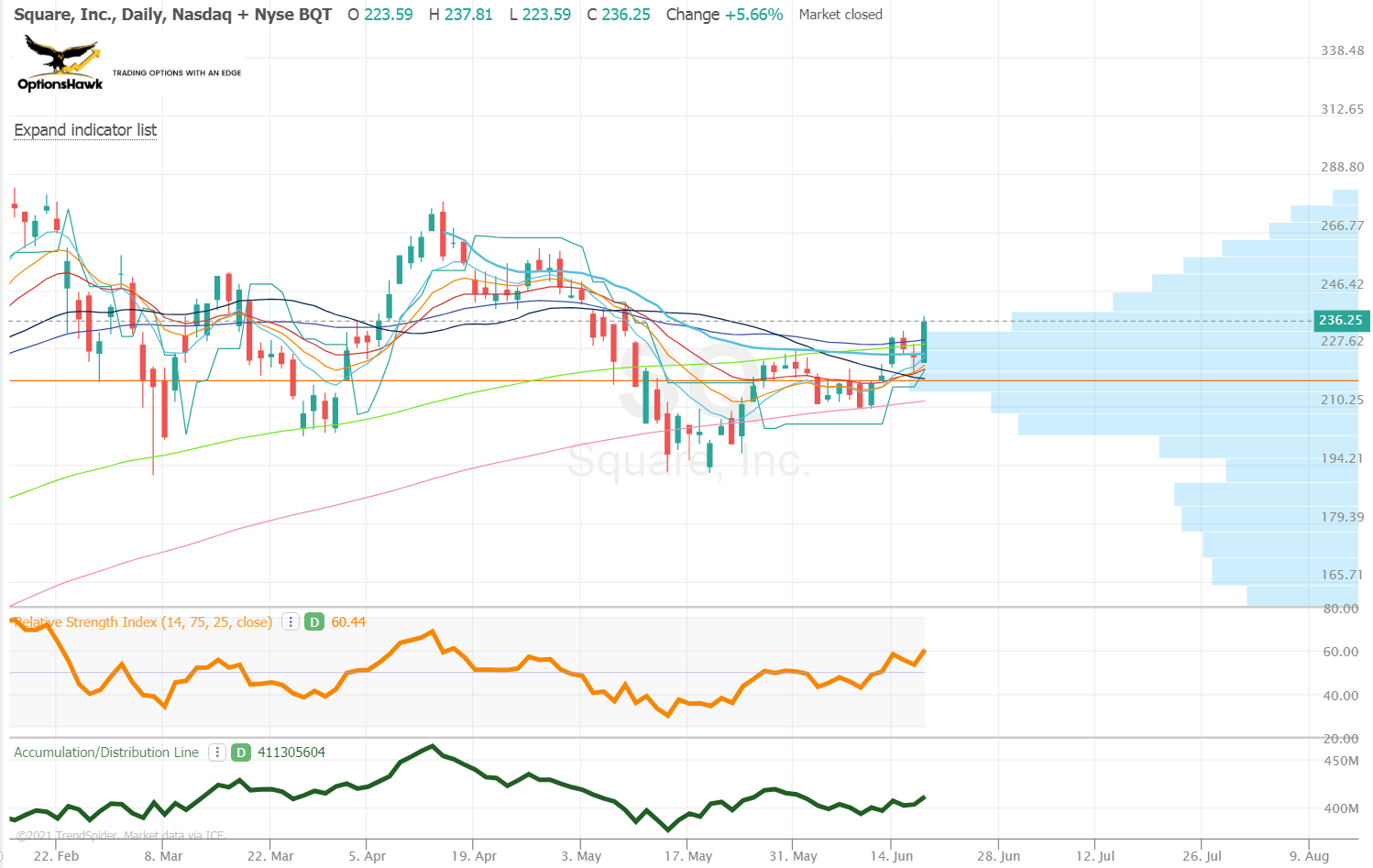 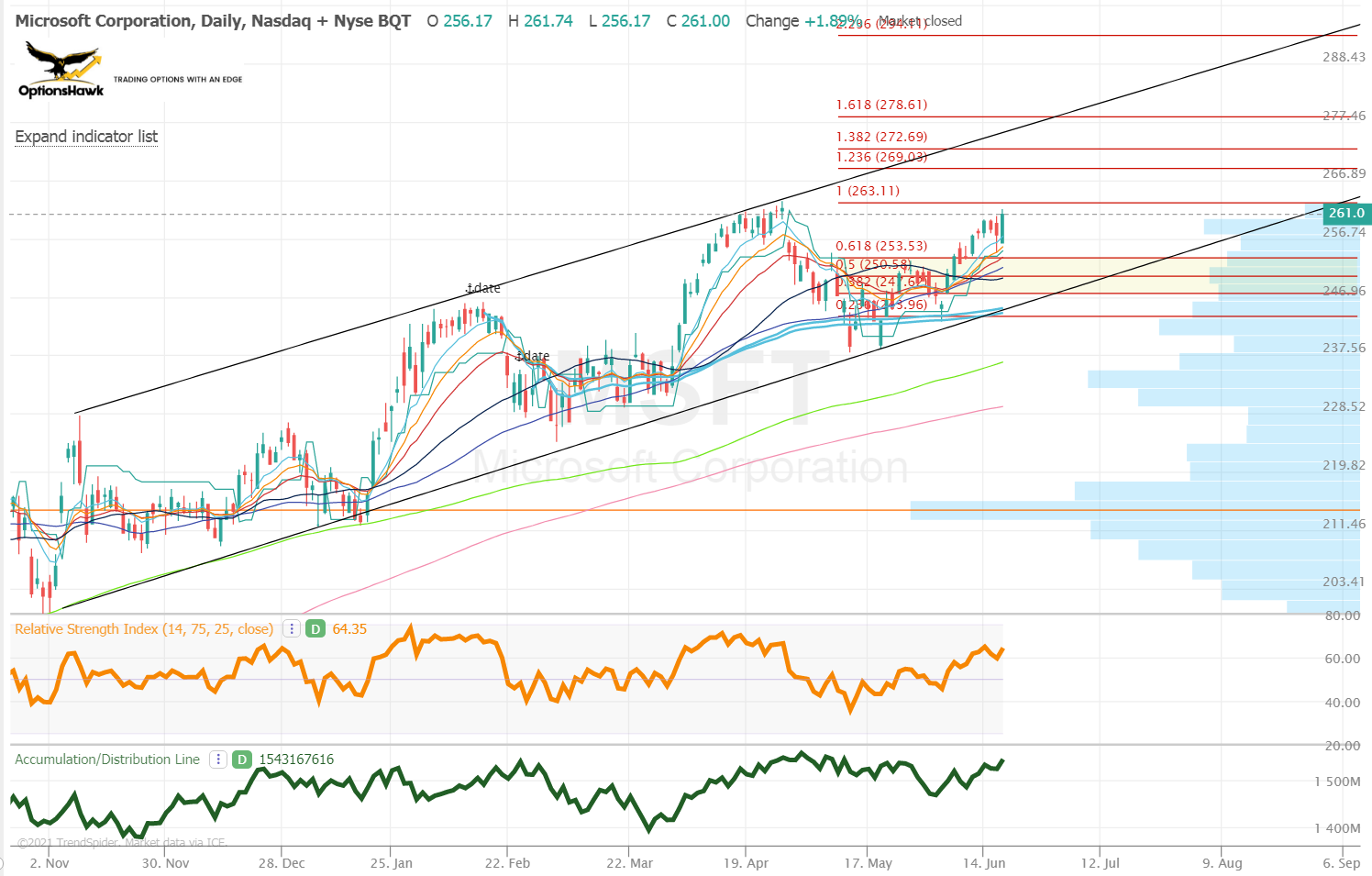 Occidental Petro (OXY) pulled back this week with the US Dollar strengthening but a name with unusually high June 25th (W) call open interest including 4500 of the $26 calls and 4500 of the $28 calls as well as elevated open interest in the $30, $31 calls. OXY has also seen plenty of longer-dated bullish positioning. OXY pulled back to test its 21-day MA and recent breakout level, but back above $29.50 should make a run to $32 highs from March. 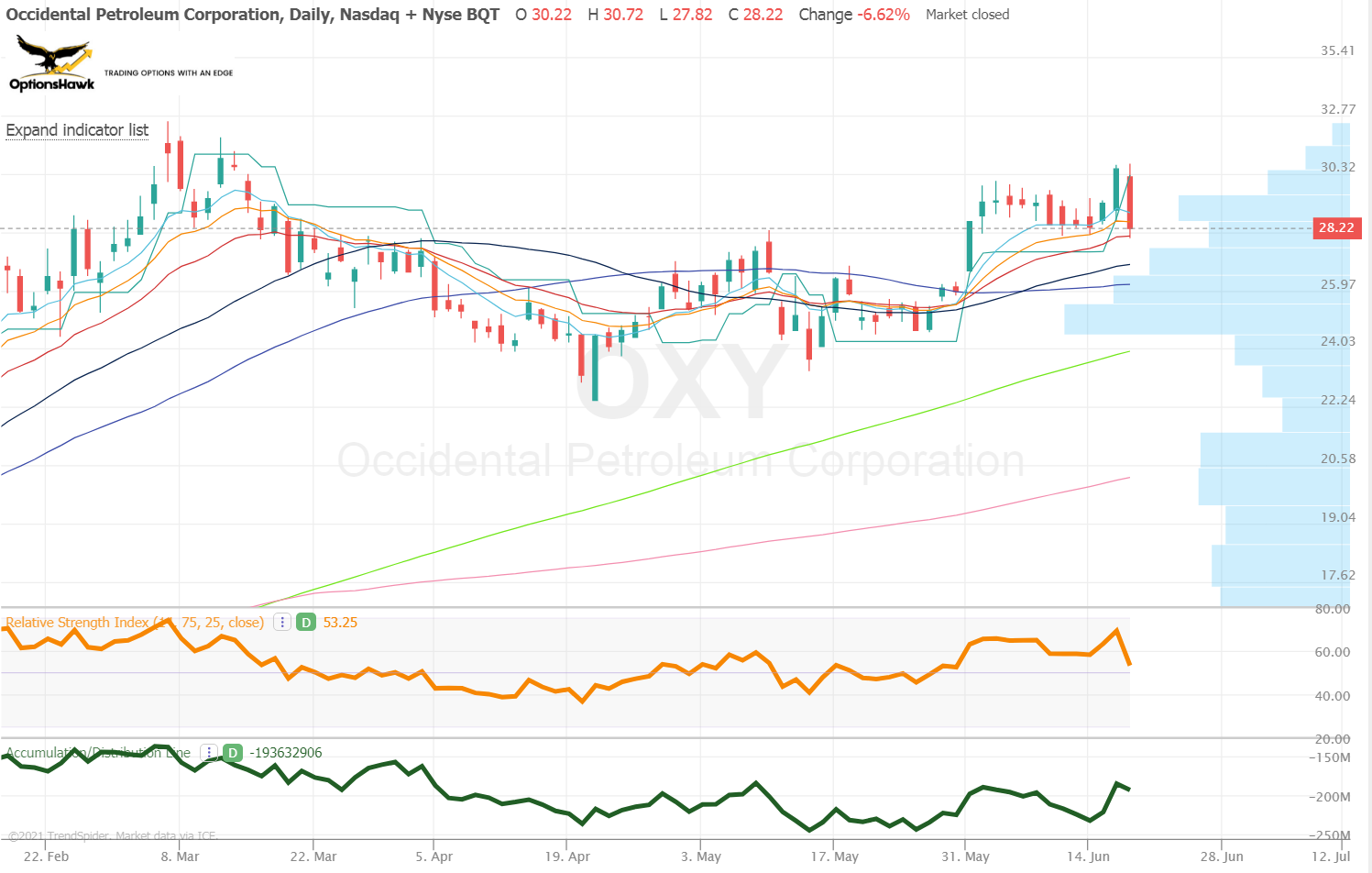 JD.com (JD) with a big buyer of 10,000 $71.50 calls in open interest and has also seen massive September call buys this week. Shares have been weak for a while but finally showed some pop this week. JD will face some resistance at $75.25 but can get back to VWAP off its highs at $80.60. 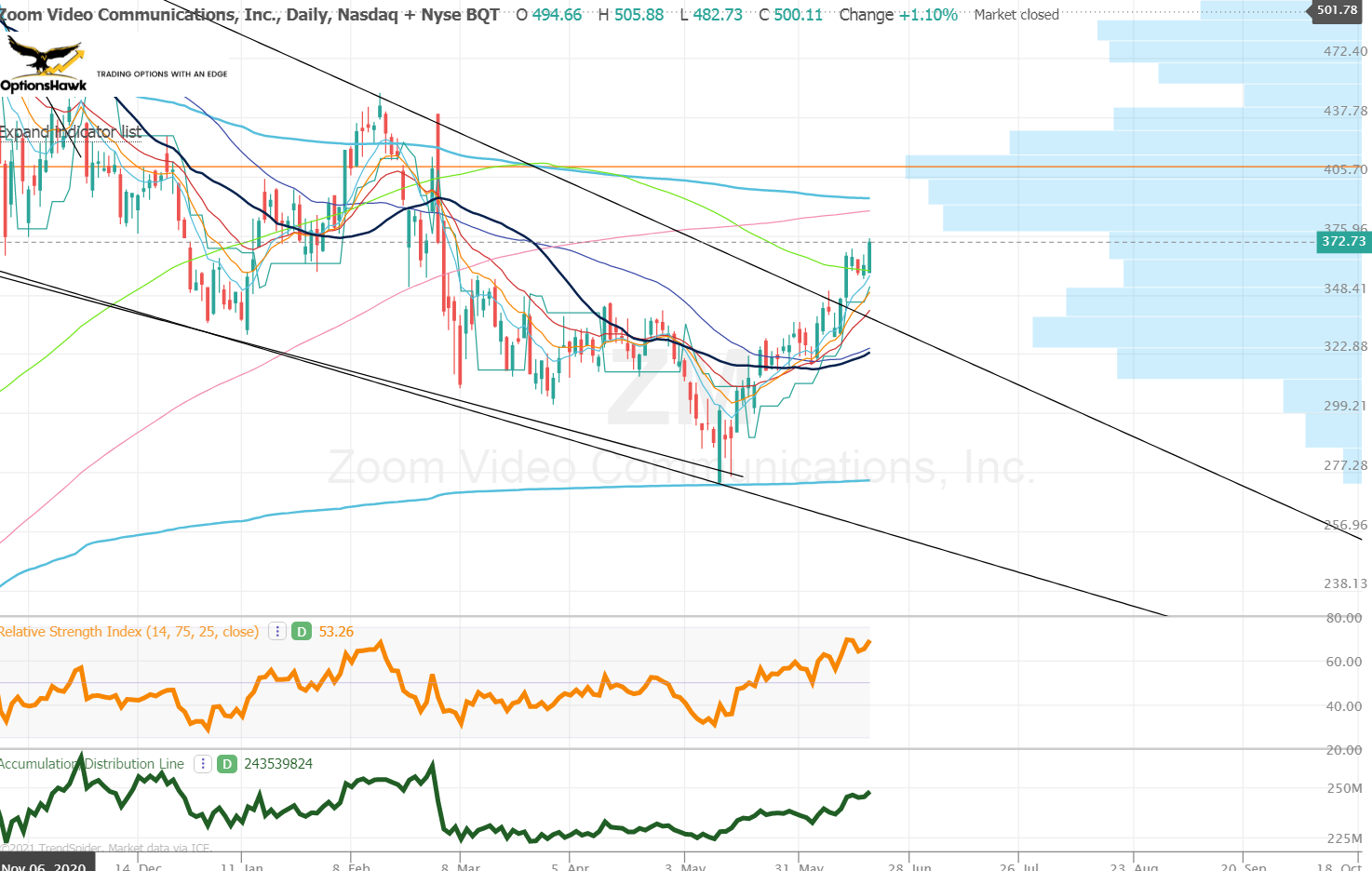 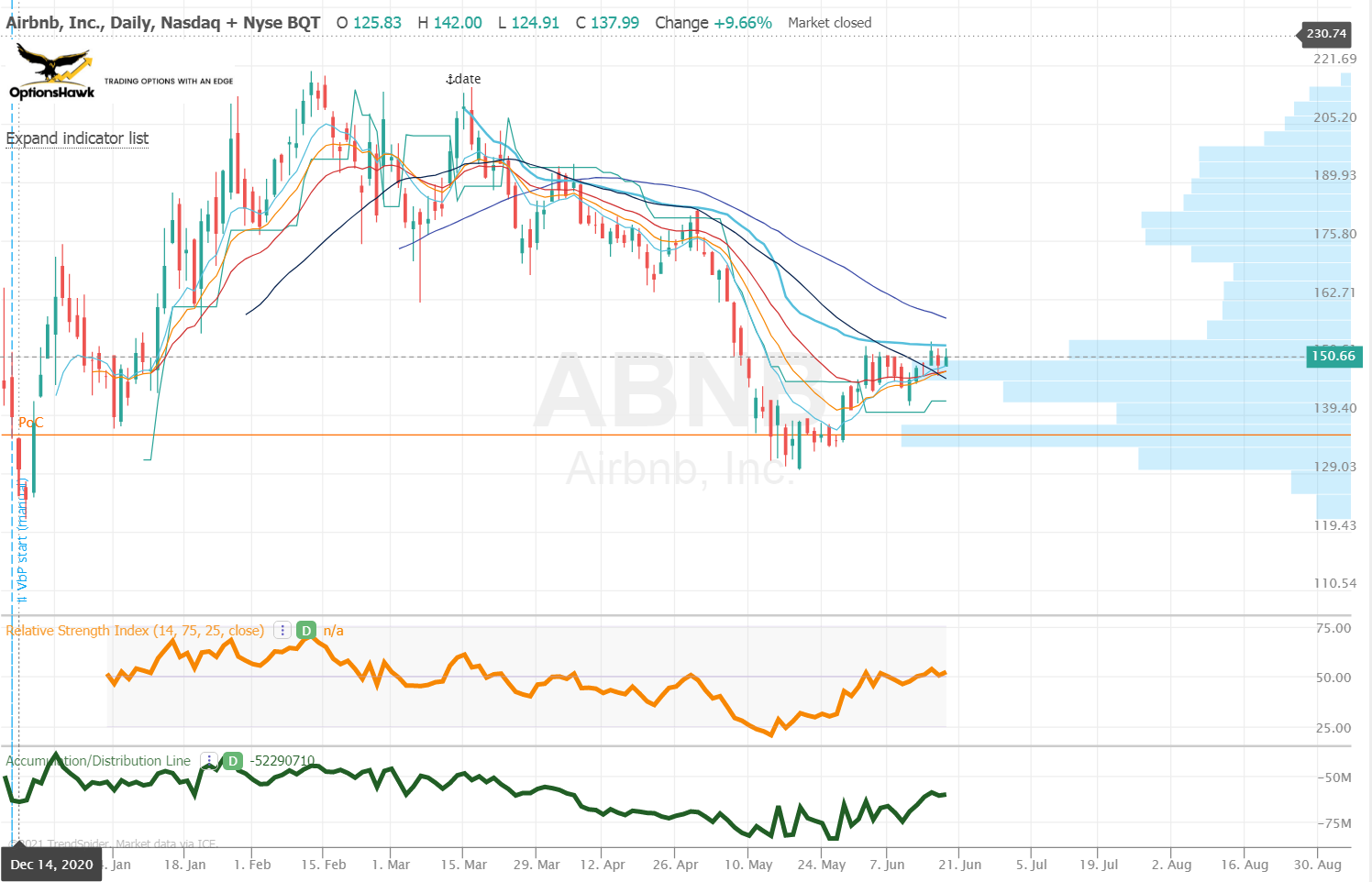 Pinterest (PINS) saw notable buying this week of the $75 calls which saw 13,750 move to open interest but traded another 21,000 on 6/17 so need to monitor OI changes. PINS with a significant move this week above VWAP from the highs and looking to clear the last meaningful volume node at $73.15, still working on its earnings gap fill move to $76 but could overshoot with room back to $82. 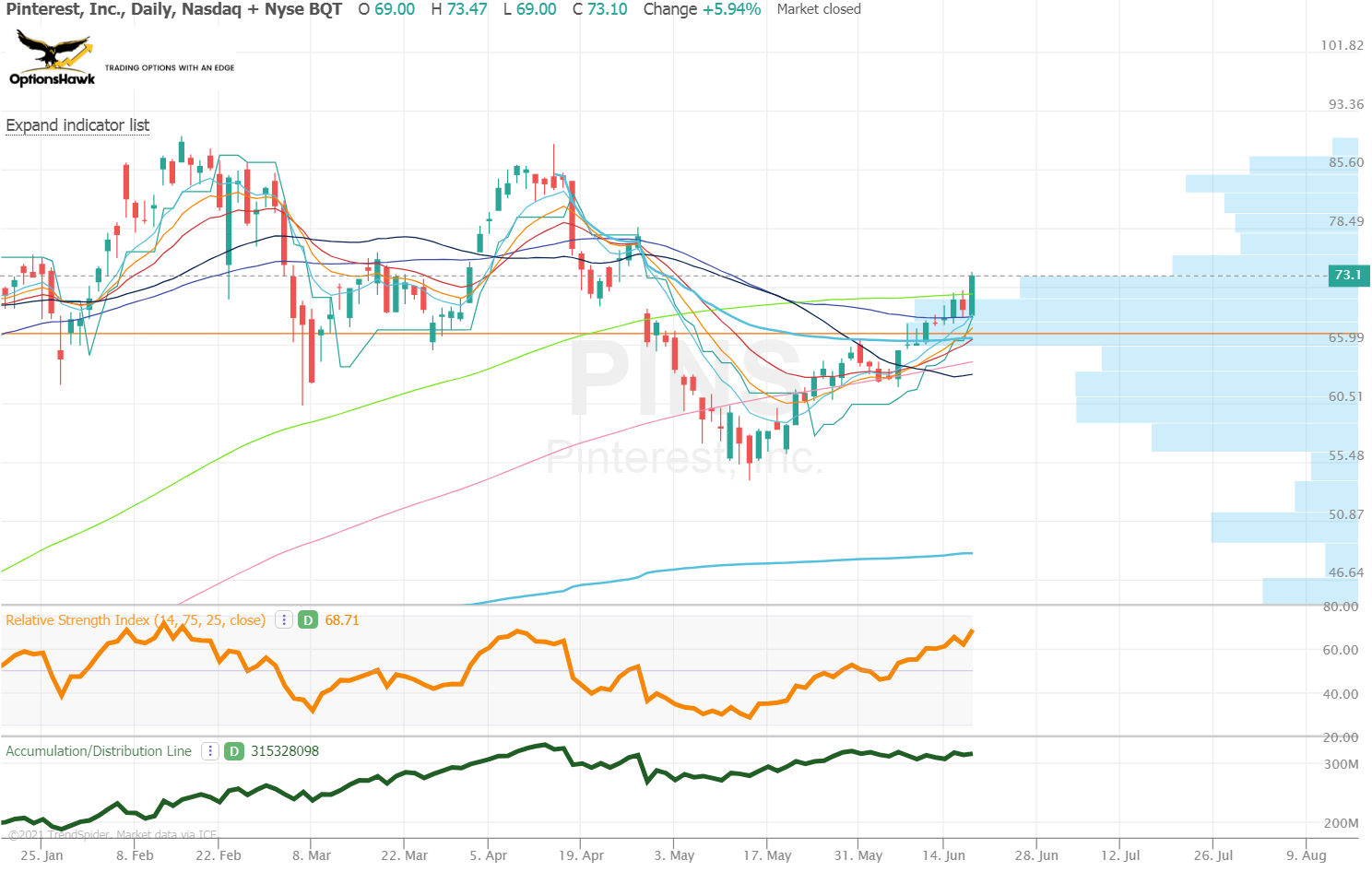 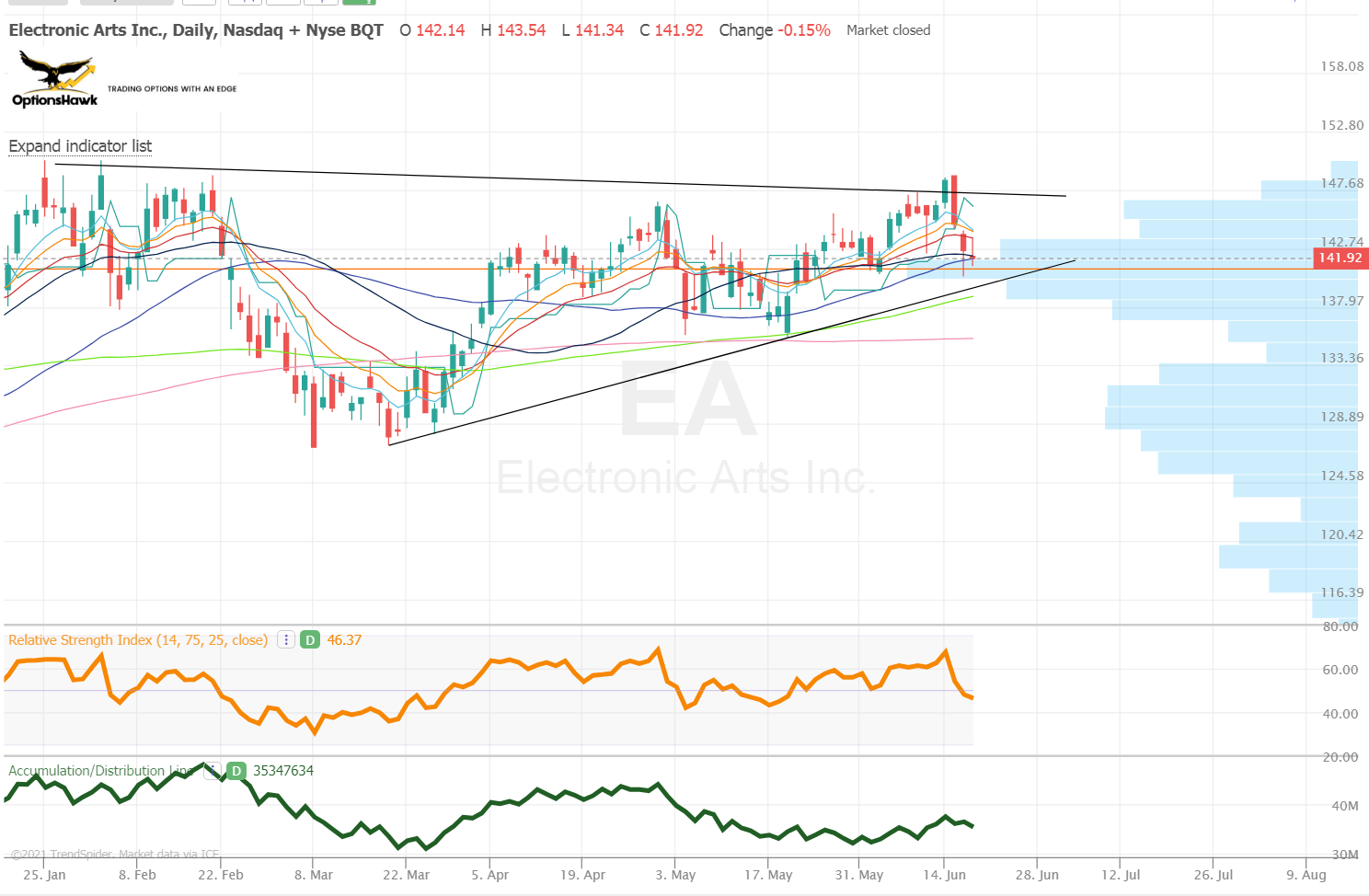 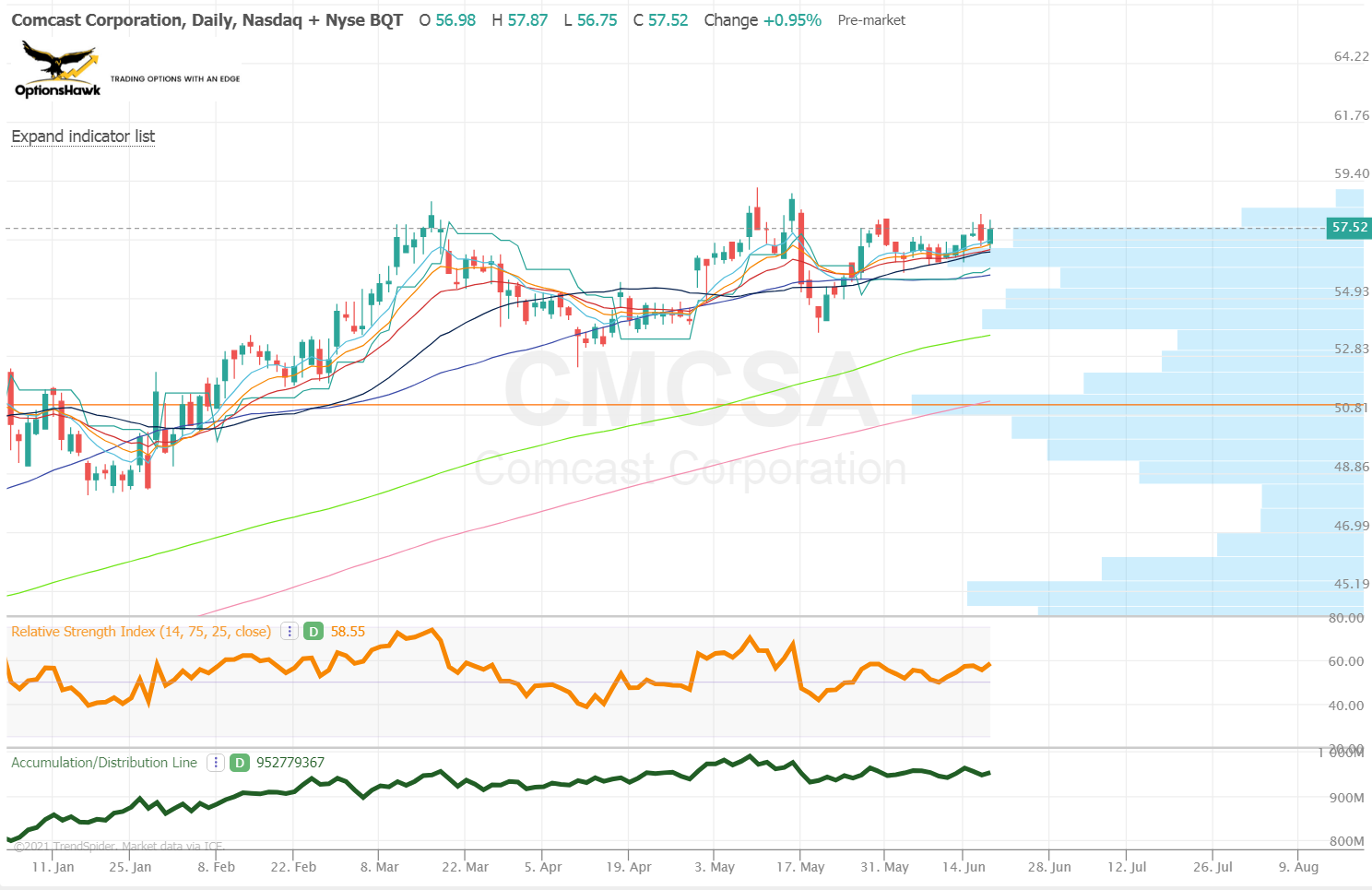 The full list of notables from the Hawk Database are below: 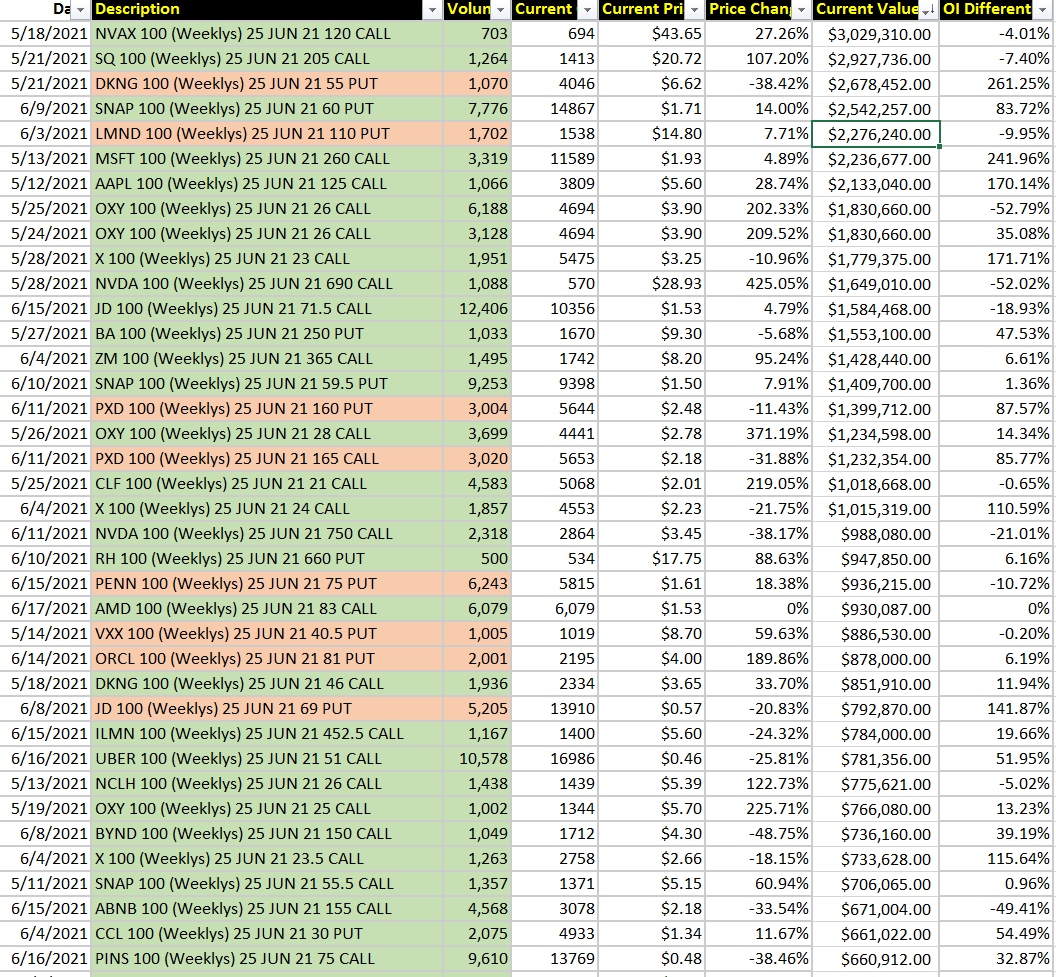 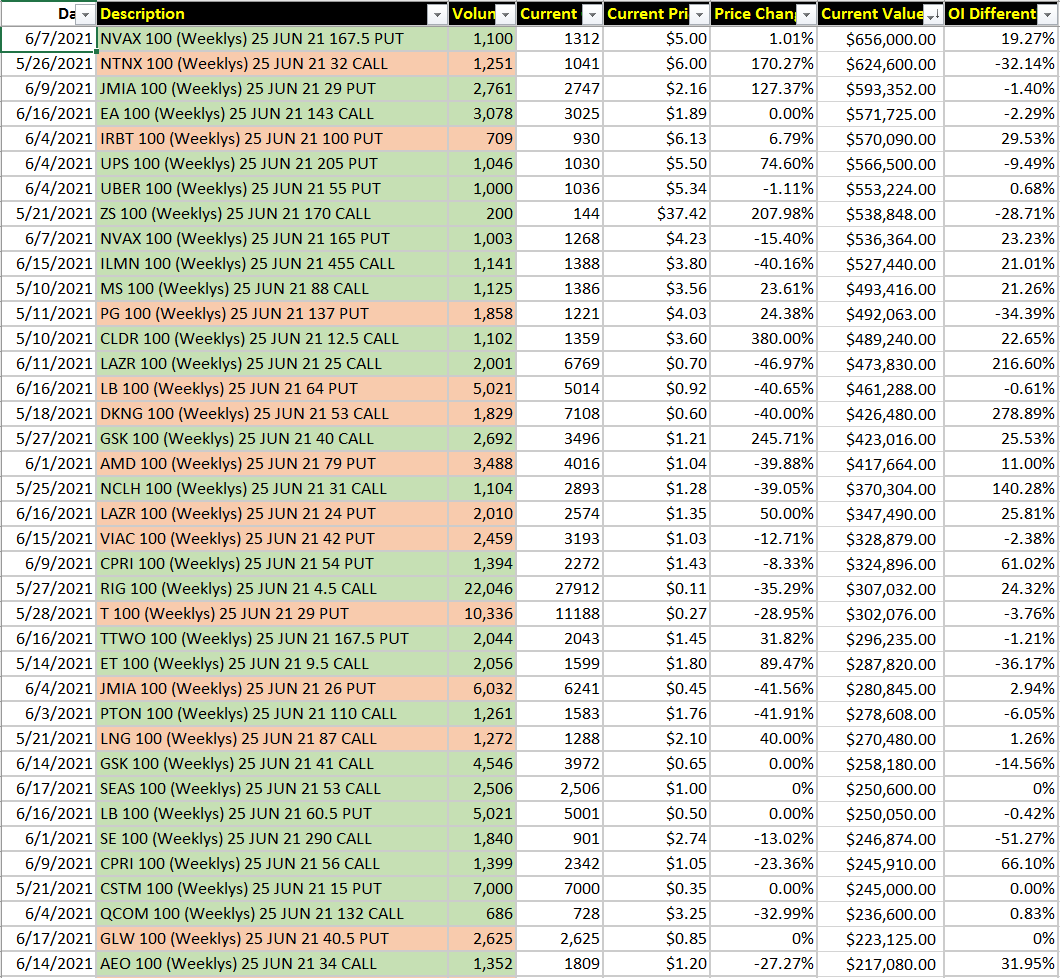