Freeport (FCX) has been one of the top performers in Q4 with Metals rallying on a weak US Dollar and improving outlook for 2021, and on 10/6 we highlighted the options positioning in FCX right ahead of its massive rally. The action has continued with size buys in February and May calls lately.

“Freeport (FCX) buyer 10,000 November $17 calls $1.16 looks to add to 13,294 in OI, Copper markets positioned well for 2021. FCX originally with a buyer of 10,000 November $16 calls on 8/19 and has seen size buys in October calls as well as January $17 calls. The November $15 and $16 calls also have more than 25,000 in OI each from buyer flow. FCX has been a top performer in Metals on a big run from March lows and consolidating the last few weeks with the rising 8 week MA supportive. Shares look to have a measured move target to $21 over the next few months. The $23B Copper & Gold company trades 11.2X Earnings, 2.65X Book and 6.3X FY21 EV/EBITDA with a 1.23% yield. China is the largest purchaser of Copper and seeing a strong economic recovery while electronics demand as well as EV expected to boost copper demand, and supply continues to be tight. FCX will next report on 10-22. Analysts have an average target of $17.50 and short interest has come down to 2.6% of the float. BAML on 10/1 called it a top idea for Q4 noting FCX’s Grasberg mine is the largest gold mine in the world, and management noted recently it could fund the entire mine just with gold sales at recent gold prices, despite it also being one of the world’s largest copper mines. It also notes “Capital allocation should also be a focus as FCX eliminated its small dividend earlier in 2020 but management has suggested it will resume payments, and we think buybacks could be possible in 2021E. While management has publicly addressed public speculation of it being an M&A target, they do not seem keen to sell.” Last week Deutsche Bank with a Buy call on FCX as its EBITDA estimate is 23% above consensus driven by higher pricing and volumes. MSCO upgraded to Overweight on 9/23 with a $19 target seeing metals and mining benefiting from global fiscal and monetary stimulus and FCX is under-owned and positioned for greater FCF generation and a stronger balance sheet with debt reduction. Bloomberg reported that FCX may be an acquisition target in September and Jefferies sees $30/share minimum in that scenario. Hedge Fund ownership rose 10% in Q2 filings, Slate Path a 5% weighting.” 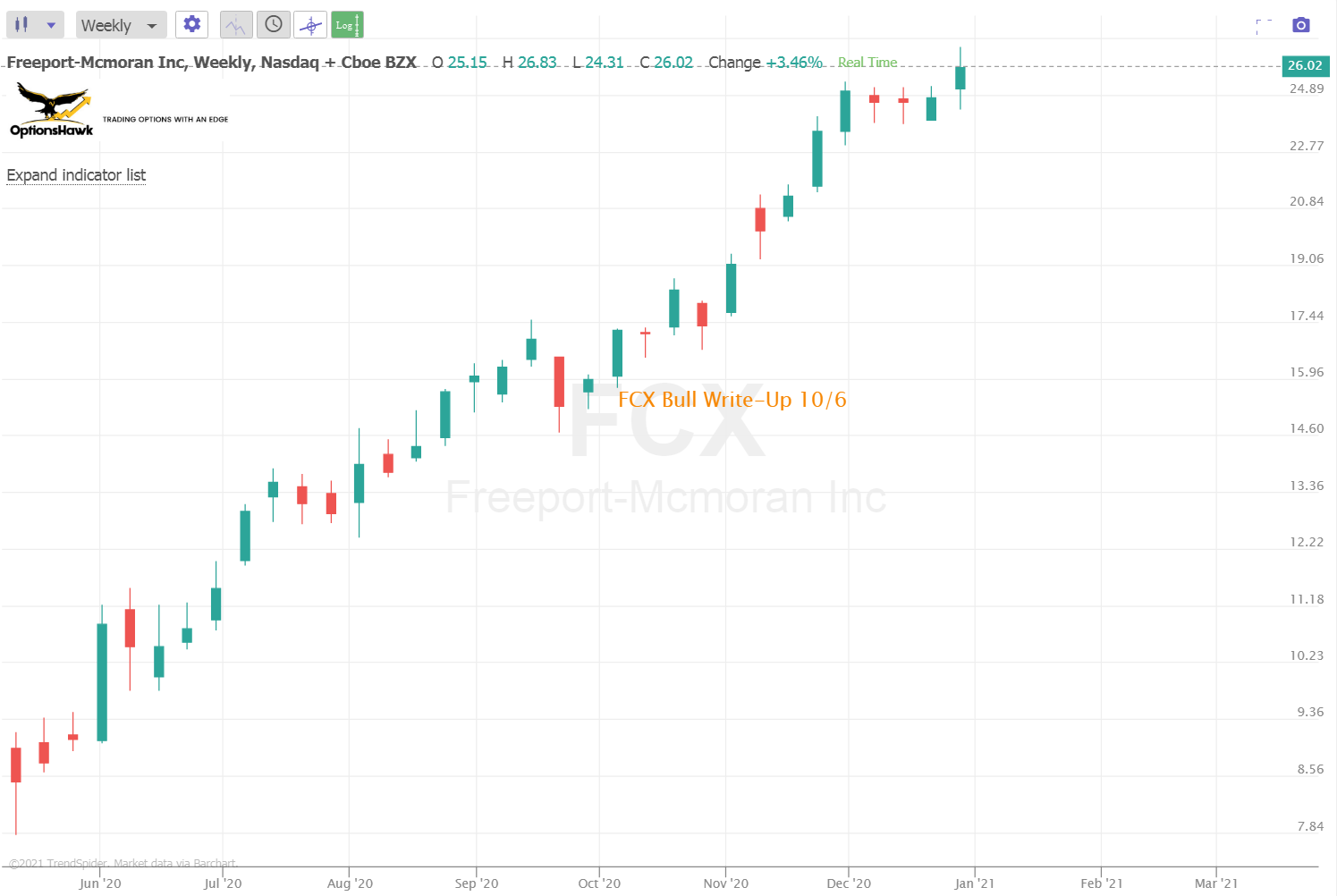