Schlumberger (SLB) has been a favorite all year with the Energy activity and a great way to play increasing production. On 7/1 we wrote on the surge in bullish activity and shares have climbed 60% in four months. The January 2024 $52.5 calls have risen to $11.50 from $3.75

“Schlumberger (SLB) on 6/30 with longer-term bull as 2,950 January 2024 $52.50 calls were bought up to $3.75 to open, eyeing a return to new 1-year highs. SLB has seen buyers in the July $38 calls recently while the November $35 calls and December $40 and $42.50 calls bought as well. The December $30 and November $27.50 puts were also sold to open in size in mid-June. Shares are back at the 200-MA and key multi-month support around $35 with a move higher targeting $41.50 and the 21-EMA. The $50.50B company trades 13.55X earnings, 2.14X sales, and 19X cash with a 2% yield. SLB is a leading oil services company with a focus on well construction, reservoir performance, and production. They’ve also got a strong digital program emerging which is expected to drive long-term growth. SLB has been passing on price increases well and their cash flow generation has remained steady which gives them a strong footing for capital return. The company noted in April that the 2H sets up well citing “increased activity-both on land and offshore-higher technology adoption, and pricing momentum will drive simultaneous growth internationally and in North America.” Analysts have an average target for shares of $47 with a Street High $59. JP Morgan positive on 6/29 seeing the pullback as an opportunity into earnings. The firm notes management at JPMorgan’s energy conference noted how Q2 was shaping up solidly, strengthening the company’s conviction in its 2022 and beyond operating plan. The firm believes that easing working capital needs will help Schlumberger’s Q2 free cash flow more than offset the cash burn in Q1 as well. Short interest is 2%. In January, CEO Le Peuch bought $45K in stock at $29.65. Hedge fund ownership rose 17.5%.” 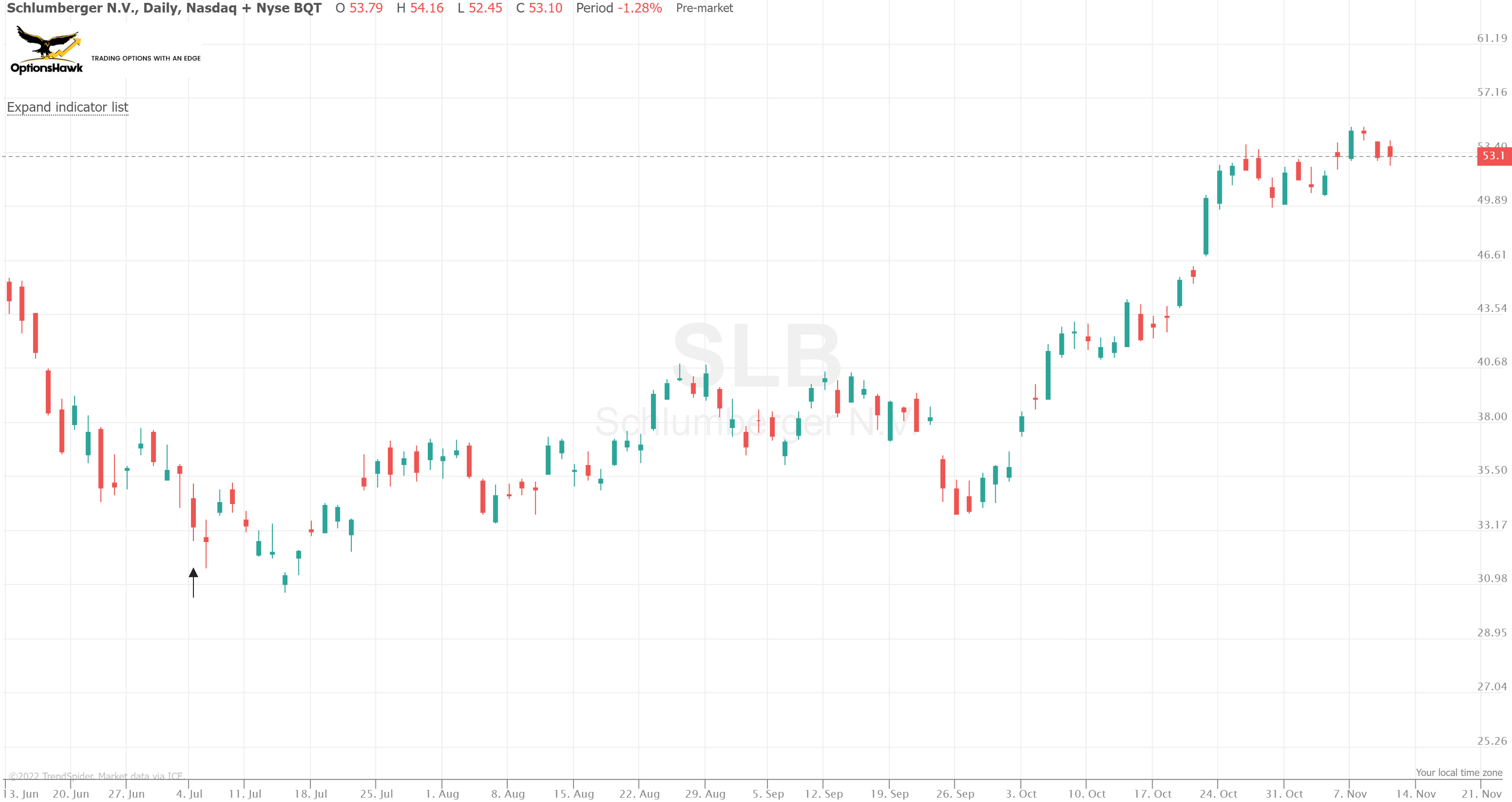