Glu Mobile (GLUU) shares surged 40% higher after the close on 2/8 after Electronic Arts (EA) announced a $2.4B deal to acquire the company.

GLUU was a name we featured in an Options Radar write-up back on 11/30 specifically targeting the March $10 calls while noting accumulation in other strikes as well. The report was as follows:

“Glu Mobile (GLUU) traded 30X daily calls on 11/20 and on 11/27 traded 15X daily calls with nearly 7000 March $10 calls bought on Friday at $1.35 to $1.45 and the December, January, and March $9 strike calls have recently accumulated. GLUU broke out of a weekly base in early November and back near May and July highs, looking to clear this $7/$10.50 range that would target a move to $14. GLUU is a leading maker of mobile games, an industry seeing consolidation, and mobile is expected to be the fastest growing segment of the gaming industry. Its three core products are seeing strong bookings growth with Design Home, Covert Fashion, and Tap Sports Baseball. It also has three new launches and three key games in development, Deer Hunter a key one it thinks has a lot of potential. GLUU is starting to realize the early stage benefits of scale and posted strong bookings with Design Home and Kim Kardashian: Hollywood last quarter. GLUU is also excited for the launch of Table & Taste seeing the food category as a larger addressable market than both the home décor and fashion categories. GLUU has a $1.63B market cap and trades 18.5X Earnings, 3.2X Sales and 35.5X FCF with revenues seen rising 35% in 2020 and another 10% in 2021. GLUU carries no debt and has $350M in cash with intent to do M&A. Analysts have an average target of $11.50 with short interest at 11.6% of the float hitting a one-year high and rising 61% Q/Q. On 9/1 Goldman started shares Buy seeing bookings growth driven by new launches and contributions from tick-in acquisitions, noting though EBITDA margins lag peers, it sees room for expansion and benefits to come from operating leverage. UBS started shares Buy with a $13 target back in June noting GLUU will benefit from multiple secular tailwinds with increased engagement and consumption shifts between platforms while the growing installed base and international expansion are opportunities. Hedge Fund ownership fell 17% in Q3 filings. “

GLUU has also seen size bullish positioning recently in February and June calls as shown below in our OptionsHawk Notable Trade Database. All of these are alerted live daily to Max members in the Trading Hub as well.

Once again, it pays to be aware of how the smart money is positioning. 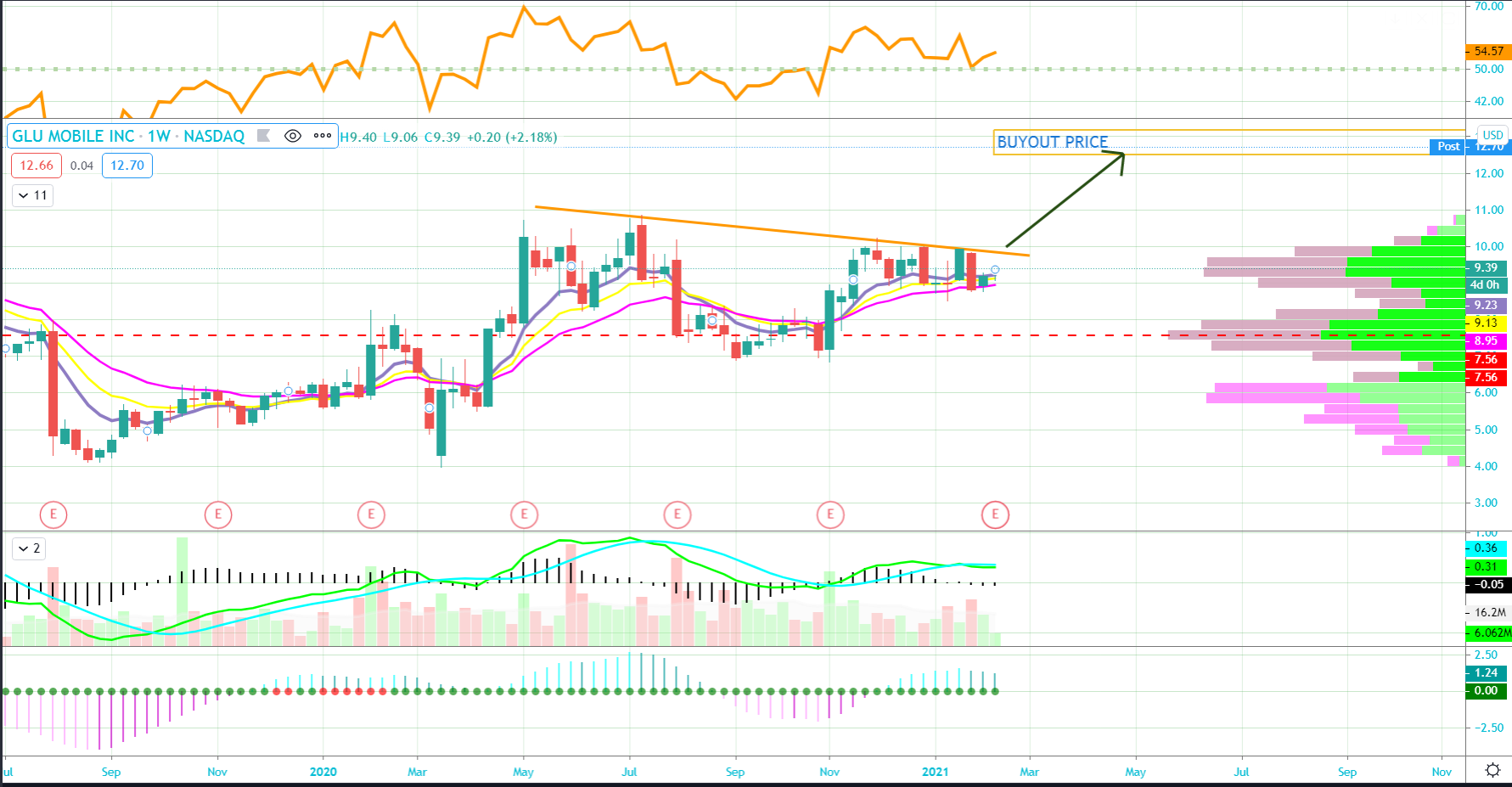