Fidelity Info (FIS) shares with an early breakout move Thursday of a flag with the 200-MA overhead a potential target, FIS has 7000 October $100 calls bought in open interest with 5000 of the $110 calls short. We discussed FIS in-depth on 6/1, noting FIS spoke at a BAML Conference in March outlining why the market is undervaluing shares with its premier assets and 70% of revenue is generated from software and services to clients with deep, long-term and recurring relationships while the other 30% is generated via consumer spending. Forecasts see revenues growing at a 7% CAGR and EPS 10-15% annually the next three years. FIS cited strong wins last quarter in Banking and Capital Markets and plans to raise buybacks to $6B in 2023 though also likely to be active in M&A to defend/gain market share and increase exposure to faster growing segments. 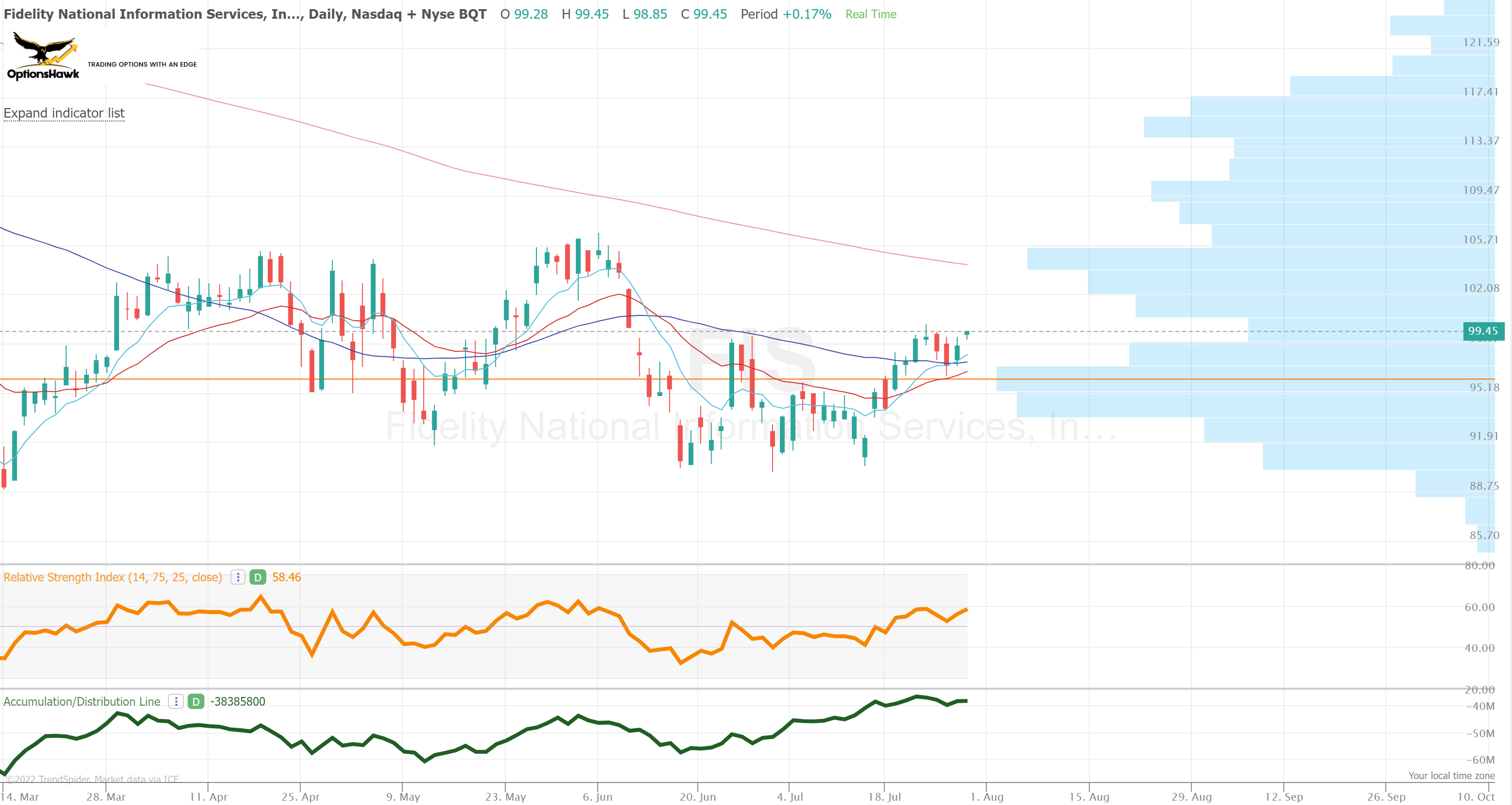