Ambarella (AMBA) caught our eye in the OptionsHawk Trading Hub on 7/28 and we wrote it up in depth as a large call buy that was unusual for the name positioned in our ideal time-frame of around 3-months forward. AMBA shares have rallied more than 85% in under 3-months since the alert and the call options gained significantly more. The large position remains in open interest as do 2500 December $145 calls bought on 9/9 and on 10/15 a large buy of 2500 January $170 calls opened!

Our original write-up detailed the attractiveness of AMBA:

“Ambarella (AMBA) shares closed higher by more than 5% on 7/28 and ran into the close as 1100 November $100 calls opened up to $9.10, a large stock replacement. AMBA does not really have any other notable options positioning and will not report until September. AMBA shares on the weekly have pulled back to major $86.50 support as the lower end of a value range that extends up to $108. AMBA dipped below its 200-day moving average this week but regained the rising level on Wednesday. Ambarella is a leading developer of low-power system-on-a-chip, or SoC, semiconductors providing powerful artificial intelligence, or AI, processing, advanced image signal processing and high-resolution video compression. AMBA has moved into computer vision with key end-markets being security cameras and automotive cameras while seeing potential for emerging industrial and other applications. AMBA beat estimates in June noting its strongest product portfolio in history and is early in a transformation that is seeing operating margins expand. It is really growing out its Auto business and announced a partnership with Arrival on advanced driver assistance system in June. AMBA has a market cap of $3.27B and trades 10X FY22 EV/Sales and 7.5X Cash with no debt. AMBA revenues are seen rising 34.6% in FY22 with EBITDA jumping 120%. Analysts have an average target of $135 and short interest low at 4.7% of the float. Roth lowered its target to $130 on 6/2 positive on the pipeline visibility for CV and Auto. Stifel raised its target to $140 in June noting the excellent quarter despite a challenging supply environment and CV adoption is accelerating. MSCO in March noted AMBA has turned the corning and its leadership position in the key market for computer vision at the edge is the primary driver moving forward. Hedge Fund ownership fell 9% last quarter.” 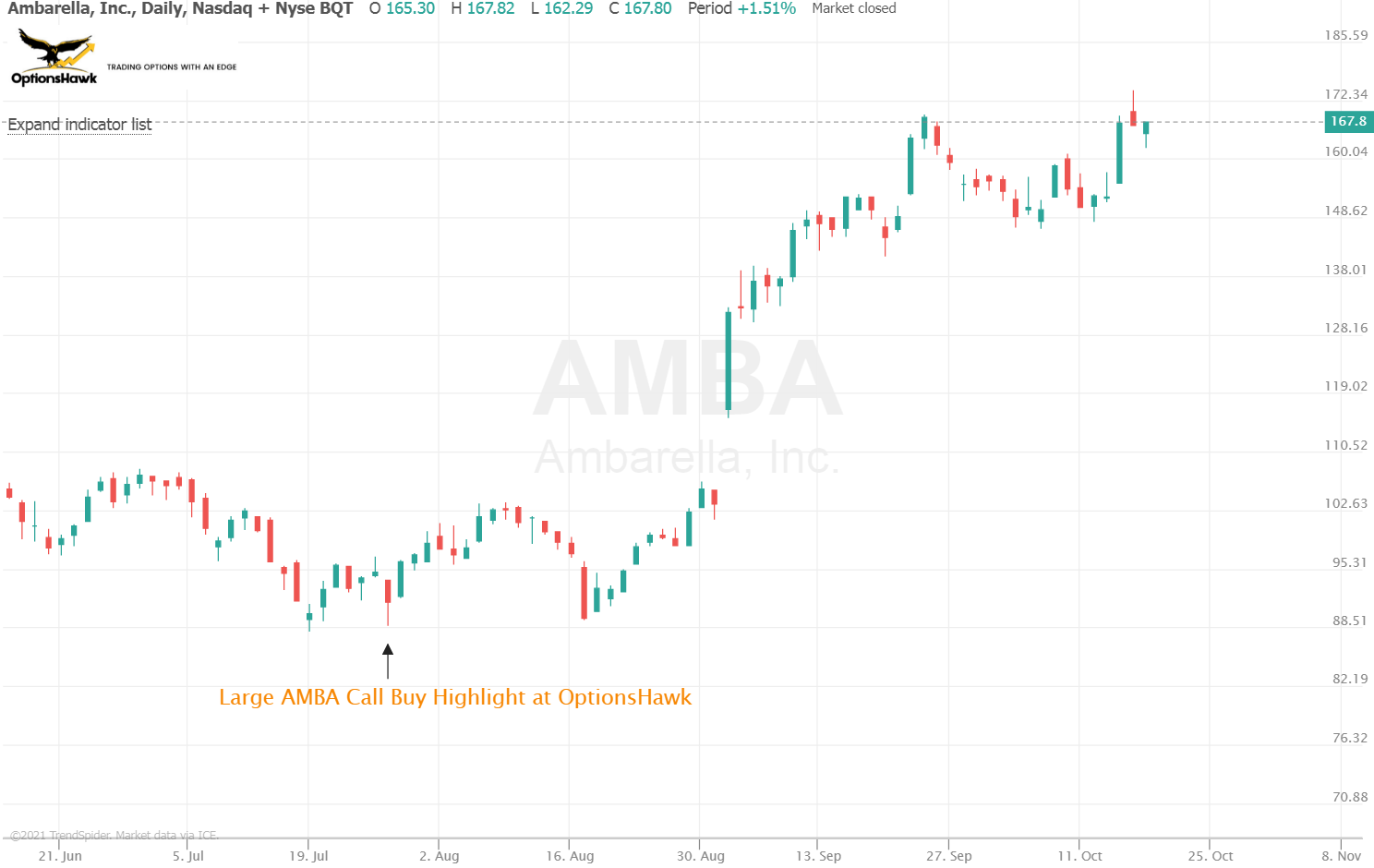