Time Warner (TWX) shares have been fairly quiet with many of the top media names like Disney (DIS) and CBS Corp (CBS) rallying sharply to new highs.  It’s a name worth a look at this level looking forward the next 6 months, and will break it down below on each degree of analysis.

Now, the value I see in TWX is that when looking at its report it clearly is segmented into 3 companies, Turner Broadcasting (TV), Home Box Office (Premium TV), and Warner Brothers (Movies).  Time Warner has already decided to spin-off it’s publishing segment, Time Inc., and I think it could easily decide to spin-off one of its segments, most likely Warner Brothers to focus more on TV (recent new investment into a sports network), and after recent Box Office success (Lego Movie, The Hobbit, Gravity).

TWX recently put in a strong reversal hammer bottom on a re-test of its former 2013 top breakout, and also held near support that was created in August 2013, still in a strong uptrend.  TWX shares are currently consolidating below its 20 week EMA, and a move above $65.50 sets up for a measured move out of this small cup and handle forming to $70 for the chance to make a run through its highs. 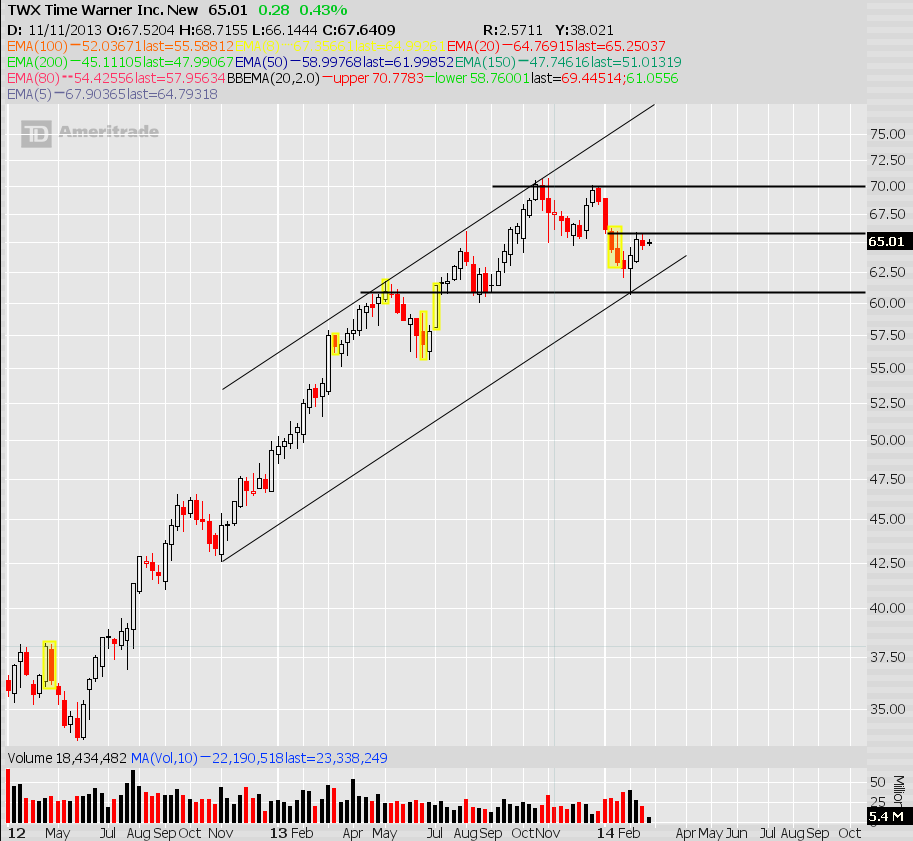 TWX has seen some notable upside positioning in calls that remain in OI: