Thermo Fisher (TMO) this week triggered a bullish breakout above key VPOC and above the 200-day moving average, a name featured in a write-up on 5/14 after more than $6M in September $470 and $480 calls were bought. TMO is working out of its pullback trend from February highs with next resistance zone $495-$500 before a potential larger continuation move out of this symmetrical triangle to new highs. 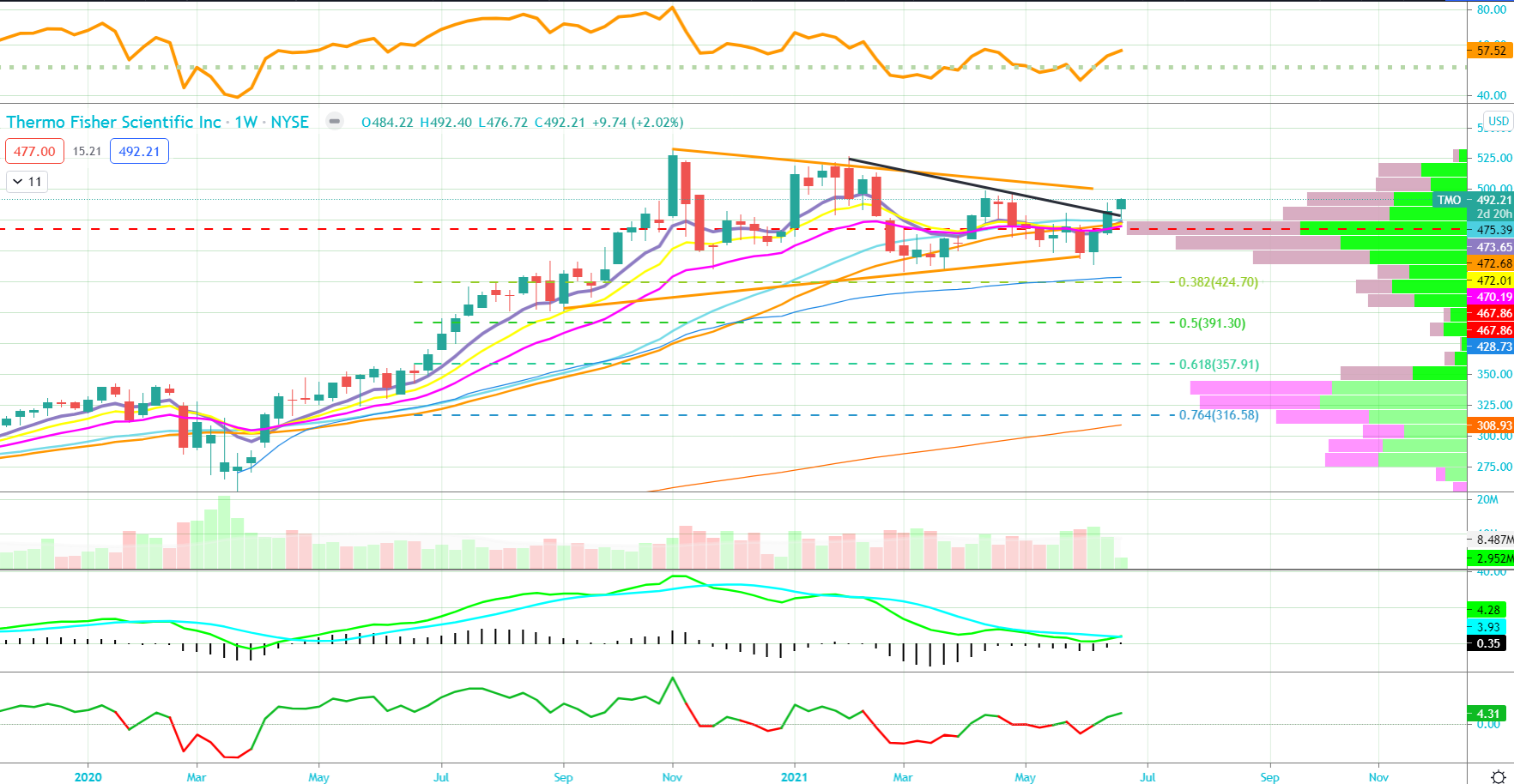