Univar (UNVR) a small cap that was seeing unusually large options action and it fit the kind of stocks working in this Macro environment so we decided to look into what became a very compelling value story. In recent days we have seen many of these September positions adjust to upside December call spreads looking for even more upside. UNVR has delivered big gains for these call buyers.

“Univar (UNVR) on 3/8 with 4000 September $25/$35 call spreads bought and September becoming a popular month with 4000 September $22.50 calls bought on 3/1 and the $25 calls already had 4000 in OI from buyers, also June $25 calls with 3250X in open interest from a buyer on 1/7. UNVR shares are forming a weekly consolidation after clearing a two-year downtrend to start 2021 and above $23 have a lot of volume pockets to run back towards $30 or higher. UNVR is a leading global chemical and ingredient distributor and provider that purchases chemicals and ingredients from thousands of chemical producers worldwide to warehouse, repackage, blend, dilute, transport and sell those chemicals to more than 100,000 customer locations across approximately 125 countries. Chemical and ingredient producers rely on UNVR to warehouse, repackage, transport, and sell their products as a way to expand their market access, enhance their geographic reach, lower their cost to serve, and grow their business. Commodity chemicals and ingredients represent the largest portion of its business which includes acids and bases, surfactants, glycols, inorganic compounds, alcohols and general chemicals used extensively throughout most end markets. UNVR currently has a $3.33B market cap and is trading 12.7X Earnings, 1.95X Book, 28.8X FCF and 8.8X EBITDA with forecasts expecting 3-5% annual revenue growth the next few years and 10-15% annual EPS growth. The chemical distribution industry is valued above $200B with thee top three distributors only accounting for 10% of the market and UNVR operates an asset-light model. UNVR is also correlated to GDP and Industrial Production which sets up well for 2021. Analysts have an average target of $22.50 with short interest low at 2.3% of the float. BAML downgraded this week to Underperform though confident in UNVR’s goals for 9% EBITDA margins by year-end 2022, it sees few positive catalysts. Hedge Fund ownership fell 16% in the latest filings, Lyrical a notable top holder. ” 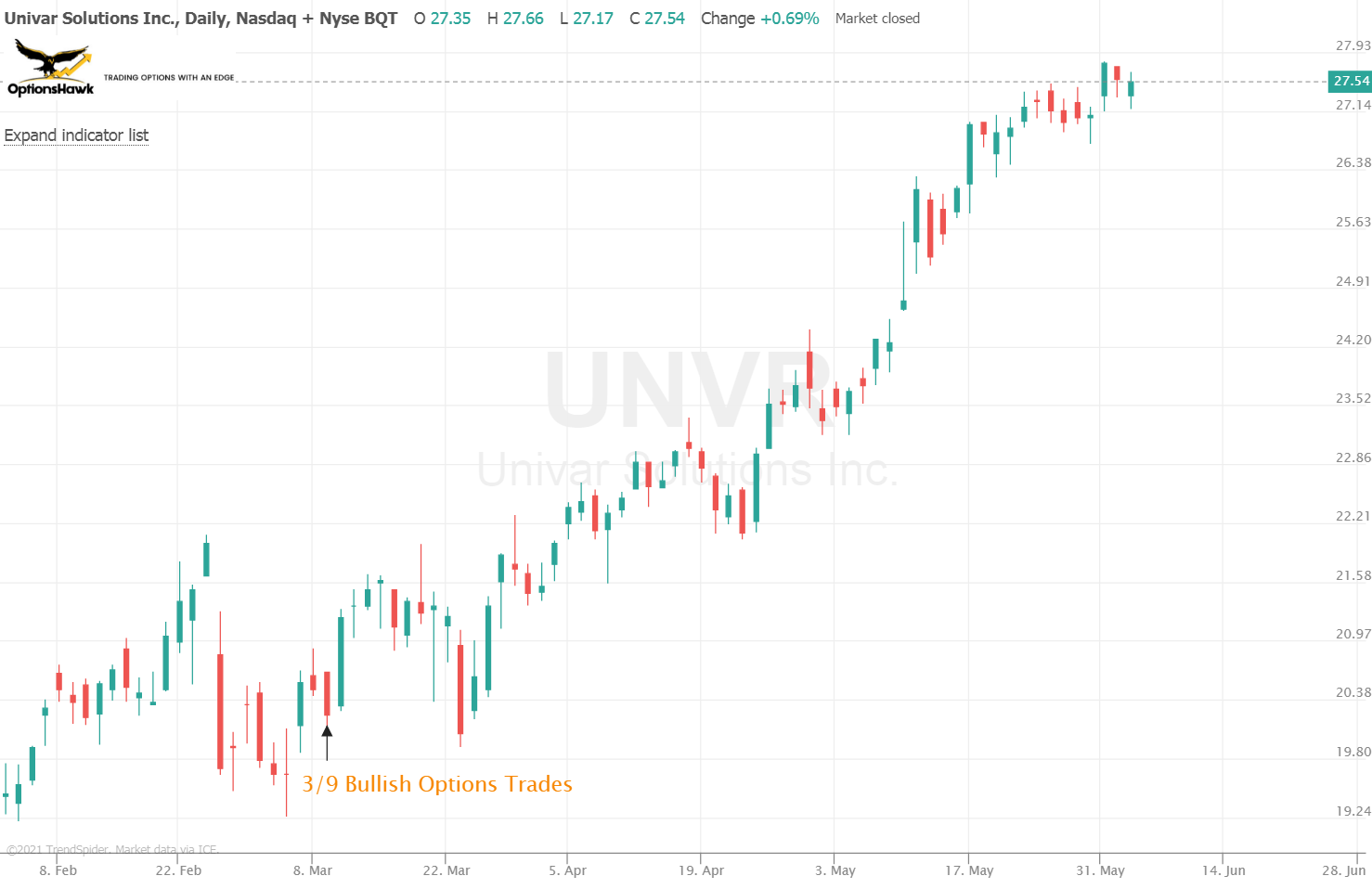