On 10/18 I wrote on interesting action in a name that sees very little action and came to really like the story. FMX shares have run to $76 from $62 in just three weeks and January $70 calls are now priced $8.30 after being bought at $2.

“Fomento Mexicano (FMX) unusual large buy of 11,000 November $65 calls on 9/30 that are down roughly 20% and still has 5000 January $70 calls bought 8/31 in open interest as well as 1000 January $65 calls bought 9/30. FMX shares are down 20% YTD and will report on 10-28 with beverage companies reporting solid numbers this quarter and FMX higher after four of its last six reports. FMX recently forming an inverse head and shoulders pattern with $62 support and potential to run up to the 200-MA near $71. Coca-Cola FEMSA is the largest franchise bottler of Coca-Cola trademark beverages in the world in terms of volume with operations in Mexico, Central America and South America. Coca-Cola FEMSA seeks to accelerate its revenue growth through the introduction of new categories, products and presentations that better meet its consumers’ needs and preferences, while maintaining its core products and improving its profitability. FMX has a market cap of $21.4B and trades 13.5X Earnings, 0.7X Sales and yields 1.82%. FMX revenues are seen rising 14.4% in 2022 and 9-10% in 2023 and 2024 with double digit EBITDA growth. FMX operates with Debt/EBITDA at 1.65X and 10% operating margins. The current CEO of KOF, Mr. John Santa Maria, is expected to retire from the company by the end of the year, and Mr. Ian Craig, current CEO of Coca-Cola FEMSA Brazil, should take over the role in early 2023. FMX is transforming the bottling businesses in LatAm. Analysts have an average target of $87.50 with short interest low at 1.3% of the float. UBS upgraded shares to Buy on 10-10 with a $96 target.” 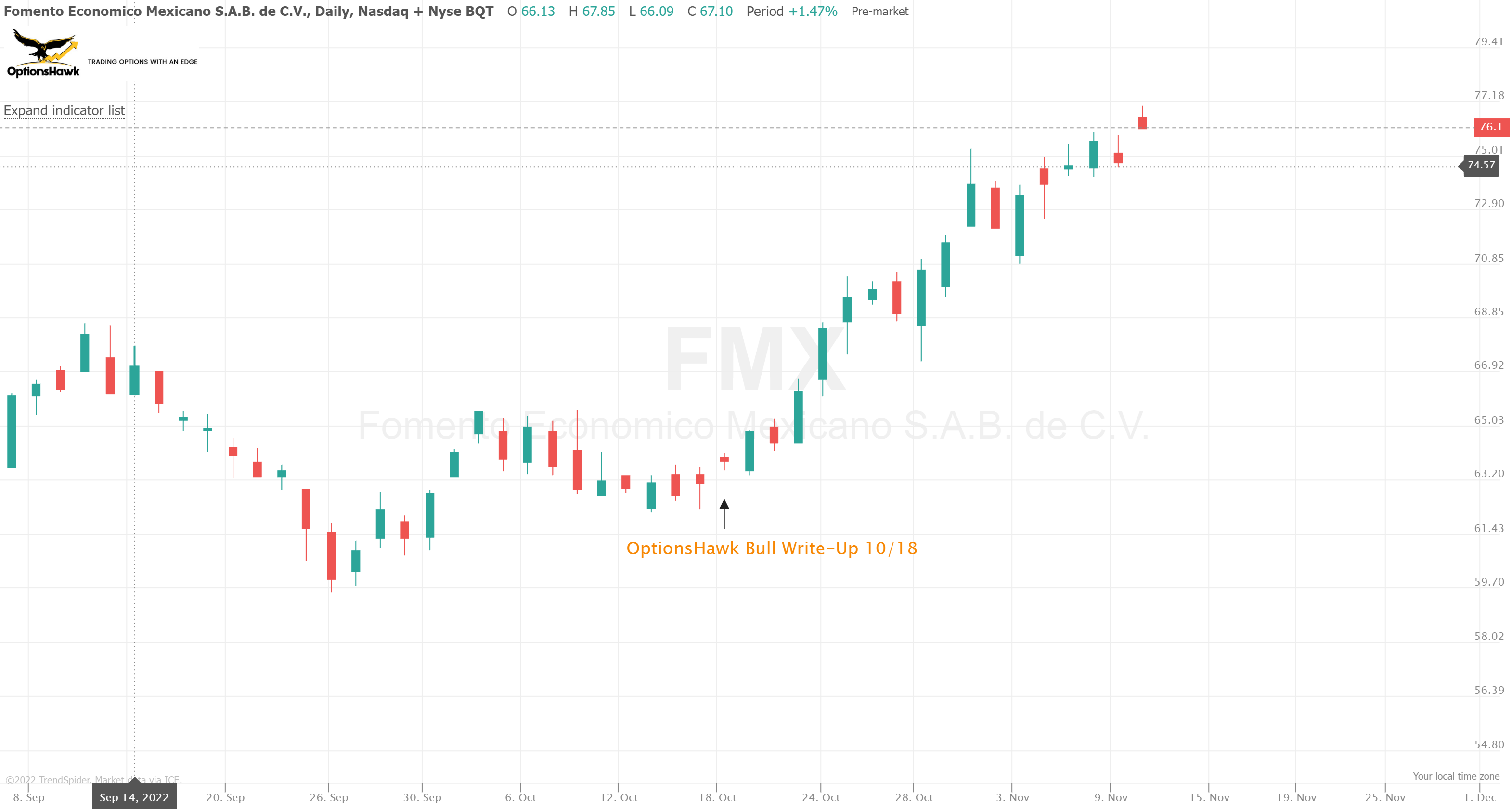