Valero (VLO) has been a great mover the last six weeks since we highlighted bullish activity in the call options and put together a strong fundamental reason for shares to rally. VLO shares have risen more than 25% since that time and the March $70 calls have climbed to $17 from $4.50. VLO was the perfect value re-rate play heading into 2022 and has played out wonderfully.

Valero (VLO) on 12/15 with a large buy of 2500 January 2023 $75 calls for $1.66M after 1000 added the day prior and a name with plenty of mixed flows in open interest overall but has seen 3500 March $70 calls bought to open and 2000 March $65 calls. VLO shares have been consolidating in a narrow $65/$80 zone all year after the strong February move and sits just below trend resistance with potential for a positive trend inflection in 2022 and shares also forming a long inverse head and shoulders pattern with a move above $84 measuring to a target of $110. VLO is a leading global refiner that has also invested $3B into its renewable fuels business and also owns logistics assets across the energy chain. VLO has a market cap of $27.7B and trades 11.4X Earnings, 10X EBITDA and 1.6X Book with a 5.75% dividend yield. Forecasts expect revenues to rise 4.6% and EBITDA 65.7% in 2022 versus tough comps. VLO is coming off an upbeat quarter with a positive outlook and VLO confirmed that its Diamond Green Diesel 2(DGD 2) project is in the process of starting up currently, and that DGD 3is on track to startup in 1H23. VLO could re-rate higher in 2022 as mobility-sensitive names are the next leg of the reopening trade. Refining remains one of the few portions of the industrial economy that has yet to fully recover from the global pandemic with jet fuel a major reason. VLO has a market-leading position in renewable fuels and particularly so in renewable diesel and has also begun exploration of carbon capture projects for its ethanol plants. VLO could also start to return to buybacks in 2022. Analysts have an average target of $92 and short interest is low at 3% of the float. Argus raised its target to $93 in October expecting strong demand through 2022 and positive earnings revisions. 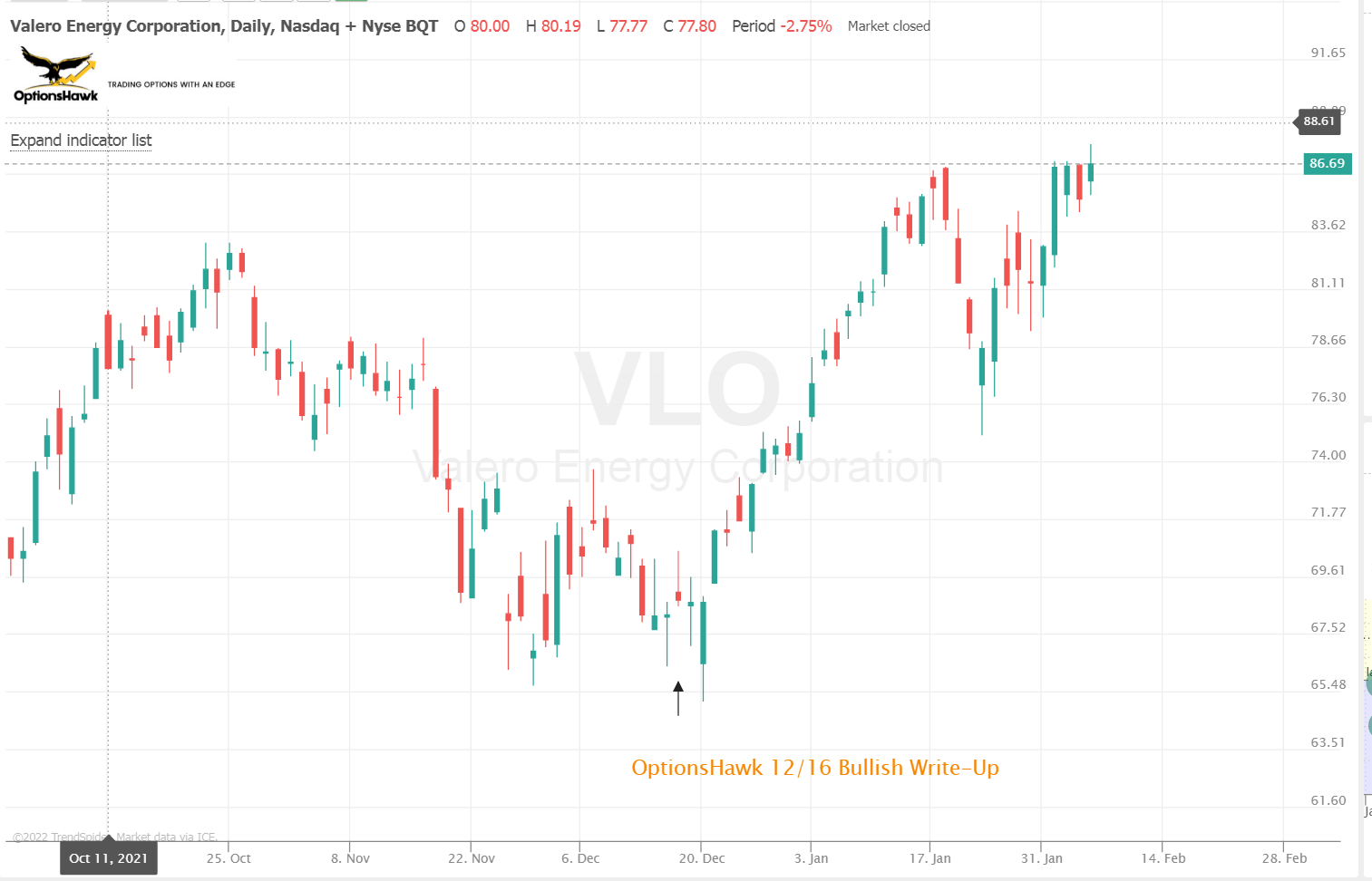