Virgin Galactic (SPCE) one of the strongest performers the last three months with shares rising 185% since our positive write-up on 11/12. SPCE has been a name we have been eyeing as a clear long-term substantial opportunity and one that is hated by the old-school traditional investors unable to look forward.

“Virgin Galactic (SPCE) with 1,200 ITM January $14 calls bought today between $7.65 and $7.70 and follows buyers in size in the April $25 calls, April $30 calls, and Jan 2023 $20 calls recently. SPCE also had 5,000 December $25 synthetic long spreads opened on 10/29. SPCE is putting in a strong two-week run and near a big weekly wedge breakout above $23.50 and then the Summer highs at $25 where shares can fly. SPCE has a measured move up to $35 out of this current consolidation and traded as high as $42.50 in February. The $5.2B company trades 7X cash with little debt. SPCE is a long-term story with the commercial space market in the nascent stages of realization and the company expecting flights to begin in 2021. They have a near-term catalyst from their highly-anticipated fall test flight which they expect to be between Nov. 19th and Nov. 23rd and on scheduled despite overall issues from COVID. The company said last week they continue to make progress developing out their Spaceports and targeting long-term revenues of as high as $1B per port per year on 400 flights. SPCE sees significant opportunity in not just high-speed point-to-point travel but also the opportunity in hypersonic which has reach into next-gen logistics and defense. Analysts have an average target for shares of $24.75 and BAML a Street High $35. The firm thinks SPCE is unique in its vertically integrated structure and their growth potential is unparalleled. Goldman started at Neutral recently noting that it will take a while to realize their upside but long-term upside potential could be substantial if it can capture the space travel and supersonic flight opportunity. Short interest is high at 20%. Hedge fund ownership rose 30% in Q2, ARK Investment buyers of stock. SPCE has seen a number of insider buys since May including a $195K purchase from a director at $19.48.” 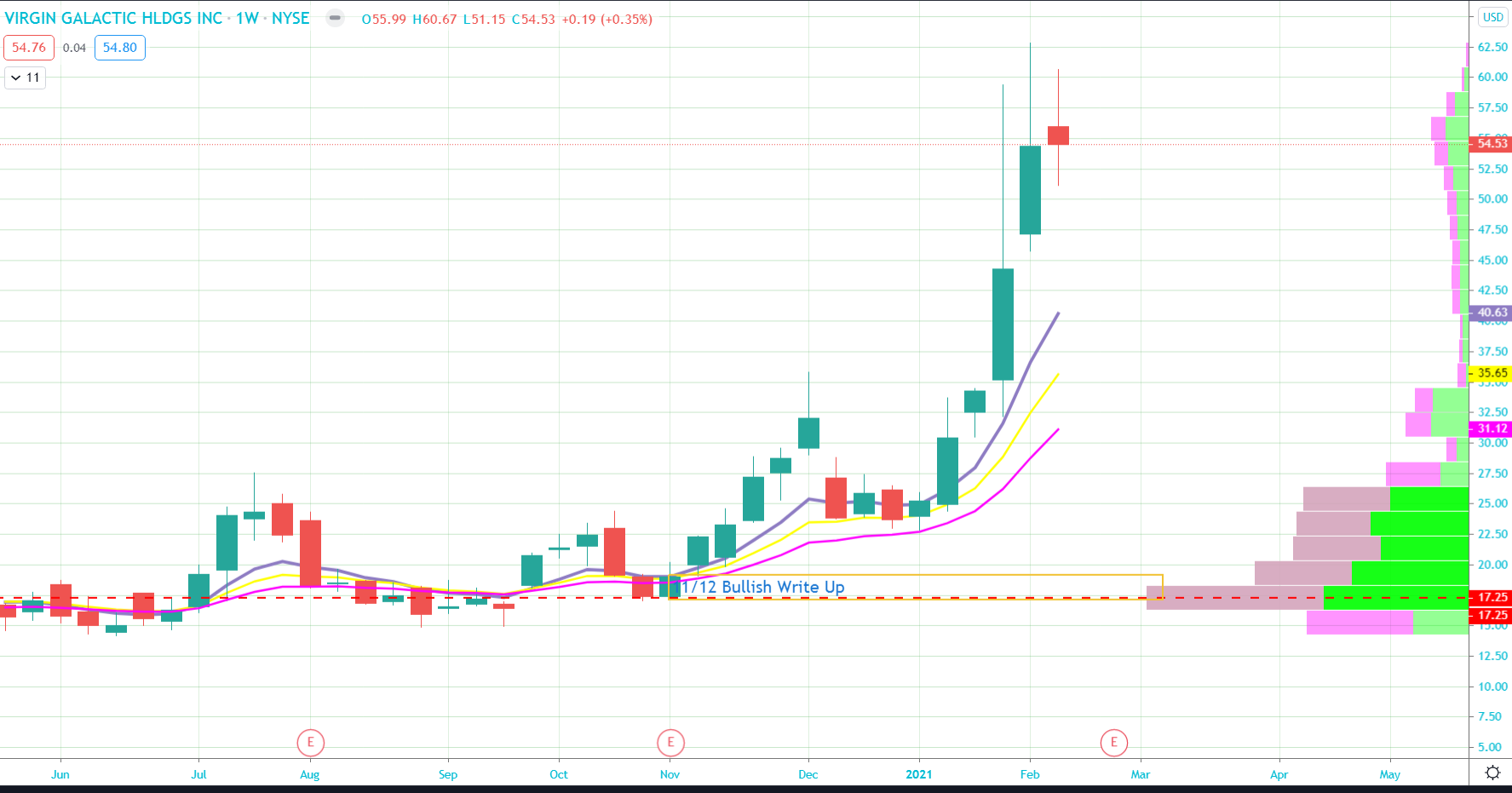