Ambarella (AMBA) quietly a top winner in Q4 and on 11/4 we focused on unusual bullish activity which then continued into later expirations as shares broke out. Call buyers scored big here.

“Ambarella (AMBA) with a surge in bullish activity this week starting on 11/4 with 2000 November $57.50 calls bought and on 11/5 it continues with 1000 Nov. 13th (W) $62 calls and 1500 May $80 calls, the latter bought to open $3.10 to $3.20. AMBA had minimal open interest coming into the week. AMBA shares broke out of a range in early October and retraced the move late October before running strong to multi-month highs this week, the 8, 13, 21 week moving averages all rising and supportive. The longer term monthly view shows a stock in a $35/$65 range and in recent months consolidating in a tight squeeze range. AMBA will report in late November and shares closed lower the last four reports with an average max move of 12%. The $2.14B chipmaker trades 9.3X Sales with revenues seen recovering to 15% growth in FY22 after an 8% decline in FY21. AMBA considers itself an artificial intelligence company that has created a highly optimized computer vision system-on-a-chip. AMBA is targeting applications in automotive, security camera and robotic applications with smart home security camera production in 2021 and automotive camera systems in 2022-2023. AMBA has $410M in cash and marketable securities on the balance sheet and no debt which makes it a potentially attractive acquisition target. The security camera market is 60-65% of revenues with a 900M camera installed base which has a 4-6 year replacement rate cycle. AMBA has emerging opportunities for automated guided vehicles, consumer and industrial robots and other applications. Analysts have an average target of $64 with short interest at 7.8% of the float near a multi-year low. KeyBanc earlier this week noted AMBA among next potential likely M&A targets. Rosenblatt raised its target recently on industry checks and quarterly design wins seeing improving revenue growth the next five quarters. Berenberg recently started shares Buy with a $67 target noting the exciting opportunity in computer vision investors will recognize. Craig Hallum upgraded to Buy with a $75 target, seeing the potential for momentum in Automotive and Security markets. Hedge Fund ownership rose 4.5% in Q2 filings.” 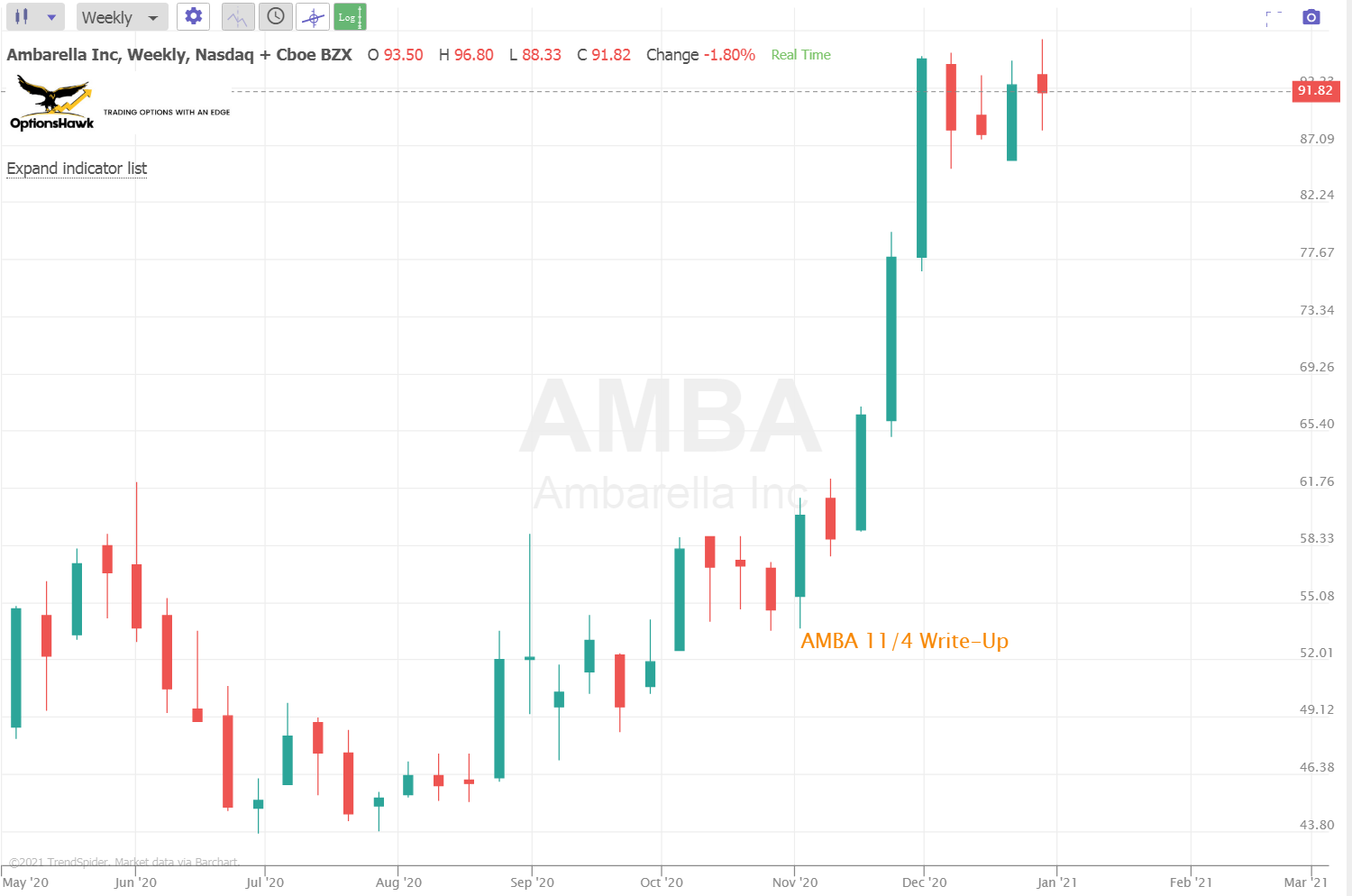