“Boeing (BA) with a large buyer on 6/13 for 3,500 January $145 calls at $8.75 for $3.9M adjusting back $165 calls and staying positioned for upside. Also, active buyers in March $140 calls for $3.5M adjusting some August calls out and on 6/14 saw 3000 November $75 puts sell to open at $3.20. In early June opening put sales were seen in August $115 puts down to $4.50 which remain in OI looking for a floor potentially near these levels. BA has had a tough year stuck in its downtrend but back near March 2020 COVID lows and very oversold near monthly value support. Potential to work back up off 115 towards 137 on a market rebound and these levels might be where it forms a base into summer. The $70.2B aerospace company trades 20X FY23 earnings, 1.3X sales, and 5.8X cash with an improving outlook for FCF and a possible dividend returning. On 6/14, BA said it delivered 35 planes in May, on par with the previous month as it grappled with supply chain issues affecting its bestselling 737 Max jetliner. The manufacturer booked gross orders for 23 aircraft last month, the majority of them wide-body planes, whose sales have lagged narrow-body aircraft orders. Those included seven 787-9 Dreamliners for Lufthansa. In April, Boeing booked gross orders for 46 planes. Average analyst target currently is $228 with a Street high of $300. Morgan Stanley reiterated an Overweight rating and $215 target this week saying they don’t see the May deliveries as “meaningfully changing the Bull and Bear debate”. JP Morgan also recently staying bullish with their Overweight rating and stating that the primary goal for Boeing is unchanged: deliver 737s and 787s, which will help generate cash, reduce working capital, and begin the de-levering process. Last week at the Bernstein conference, Boeing said it does not have plans to raise additional equity. Short interest is 1.8%. Hedge fund ownership rose 0.4%.” 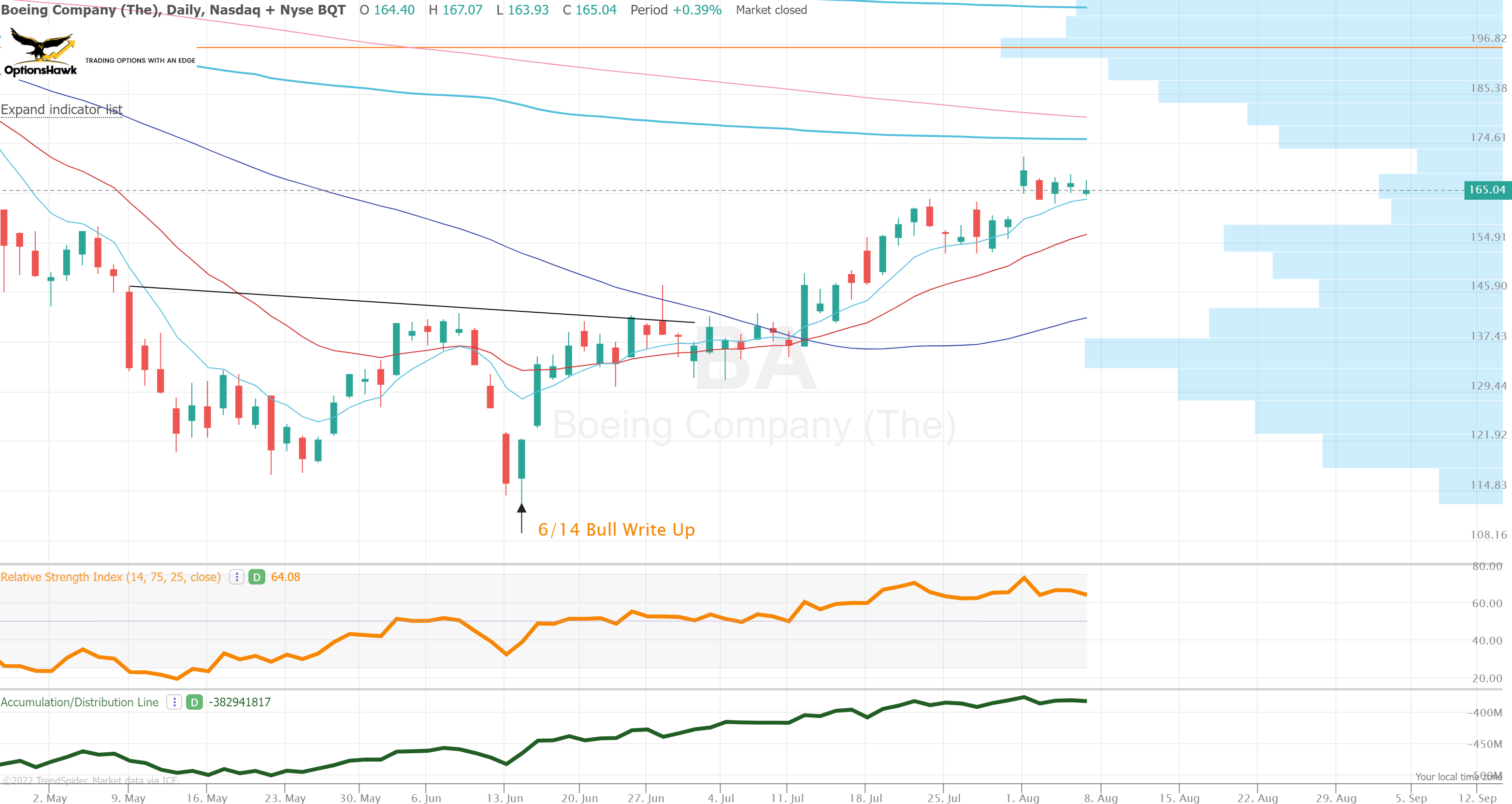