BeiGene (BGNE) has been a hot name and it all started with an unusual options trade we picked up on and wrote the name in depth 10/17 coming away very bullish. The February $125 calls are now trading 300-350% higher. These traded in two separate 500 lots that would go unnoticed by most scanners but at OptionsHawk we catch it all.

“BeiGene (BGNE) unusual action recently with 500 February $125 calls bought for $1.9M on 9/28 and then another 500 bought for $2.3M on 10/12. BGNE shares are -42.5% YTD but jumped last week on some positive news back to the 55-day moving average. BGNE has put in a nice support bottom near the 120 level with weekly RSI putting in higher lows. BGNE is a global, commercial-stage biotechnology company with three approved medicines that were discovered and developed, BRUKINSA®, a small molecule inhibitor of Bruton’s Tyrosine Kinase (BTK) for the treatment of various blood cancers; tislelizumab, an anti-PD-1 antibody immunotherapy for the treatment of various solid tumor and blood cancers; and pamiparib, a selective small molecule inhibitor of PARP1 and PARP2. BGNE has a market cap of $15B and trades 4.5X FY23 EV/Sales with revenues seen rising 18% in 2022 and 52.5% in 2023 though profitability is not in sight. Brukinsa demonstrated superior PFS over ibrutinib in final analysis of ALPINE trial in CLL that further supports Brukinsa’s best-in-class potential. The focus remains on results of CLL/SLL PDUFA of January 20, 2023 which aligns with the February call positioning. BGNE has shown strong execution with topline acceleration and expense management which opens the door to eventual profitability. Tislelizumab continues to gain traction regionally in China with very strong volume growth resulting from new patient demand. For Ociperlimab, mgt. will announce the Ph1 trial in various solid tumors by end of 2022. 2023 could be another transformational year with significant acceleration in Brukinsa off of CLL approval. Analysts have an average target of $265 and short interest is low at 2.2% of the float. Guggenheim upgraded to Buy last week with a $205 target citing higher conviction in the opportunity for Brukinsa in hematology and belief the drug may gain significant share in the BTK inhibitor market.” 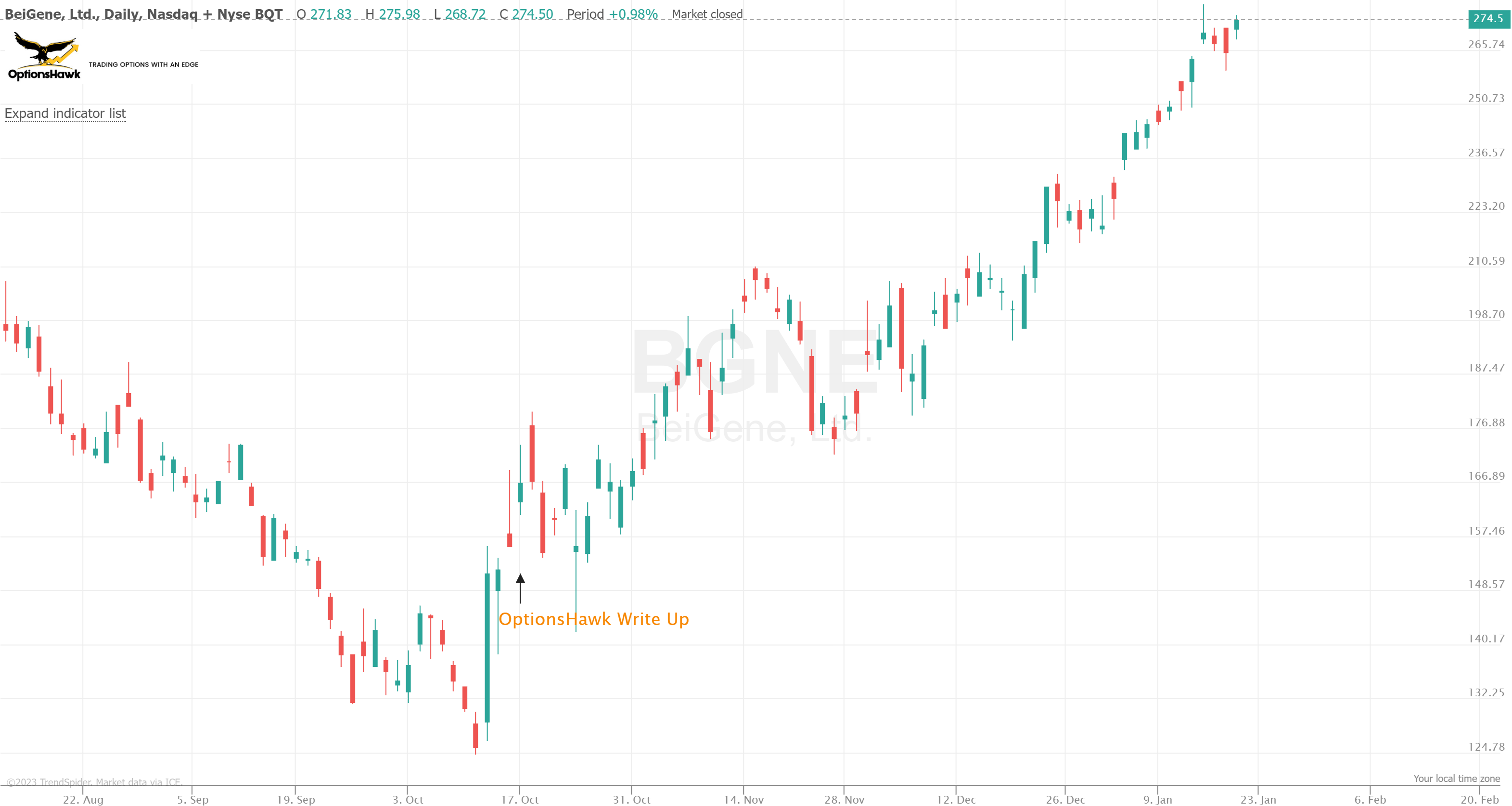