On 10/5 we flagged a large call buyer in Cloudflare (NET) and took a deeper look into a favorite growth name.

NET shares went on to gain 25% over the next five trading days, and the calls highlighted more than doubled while OTM calls provided even larger gains.

Cloudflare (NET) with large buy orders on 10/2 of 2500 November $41 calls at $5.20 and traded more than 3500 on the day. NET saw October $37 calls open 5000X on 9/10 and has plenty of bullish positioning in January call open interest and a buy-write in July used 1000 February $55 calls. NET shares have gained after testing the 21-week MA four weeks ago and now back near highs and a breakout of its long consolidation range which would target a run to $50 or higher. The $12.3B provider of cloud network services trades 22.5X FY21 EV/Sales with revenues rising 42.8% and 49% the last two years and seen growing 41.5% this year. The Network-as-a-Service industry is an estimated $47B TAM while Enhanced Enterprise & Expansion a $66B TAM. It estimates its current TAM at $32B. NET has posted a 65% CAGR in large customer growth since 2018, and has competitive advantages to the On-Premise, Point Solutions, and Public Cloud providers. It sees incremental growth opportunities in Serverless, IoT, 5G and Remote Work. NET’s long-term model sees 20%+ operating margins, currently at (10%). Analysts have an average target of $46 with short interest low at 4.5% of the float. On 7/28 Jefferies raised to Buy with a $50 target noting it is disrupting legacy network and web security vendors with its unique cloud-based technology architecture and freemium model. OpCo raised its target to $55 after results and sees TAM expanding to above $50B while recent product launches providing long-term tailwinds, high VPN product profitability that could translate into faster than expected positive cash flow, and Cloudflare’s Workers product, which is gaining momentum. Hedge Fund ownership fell nearly 35% in Q2 filings, Gilder Gagnon Howe a notable buyer. NET will next report results in early November. 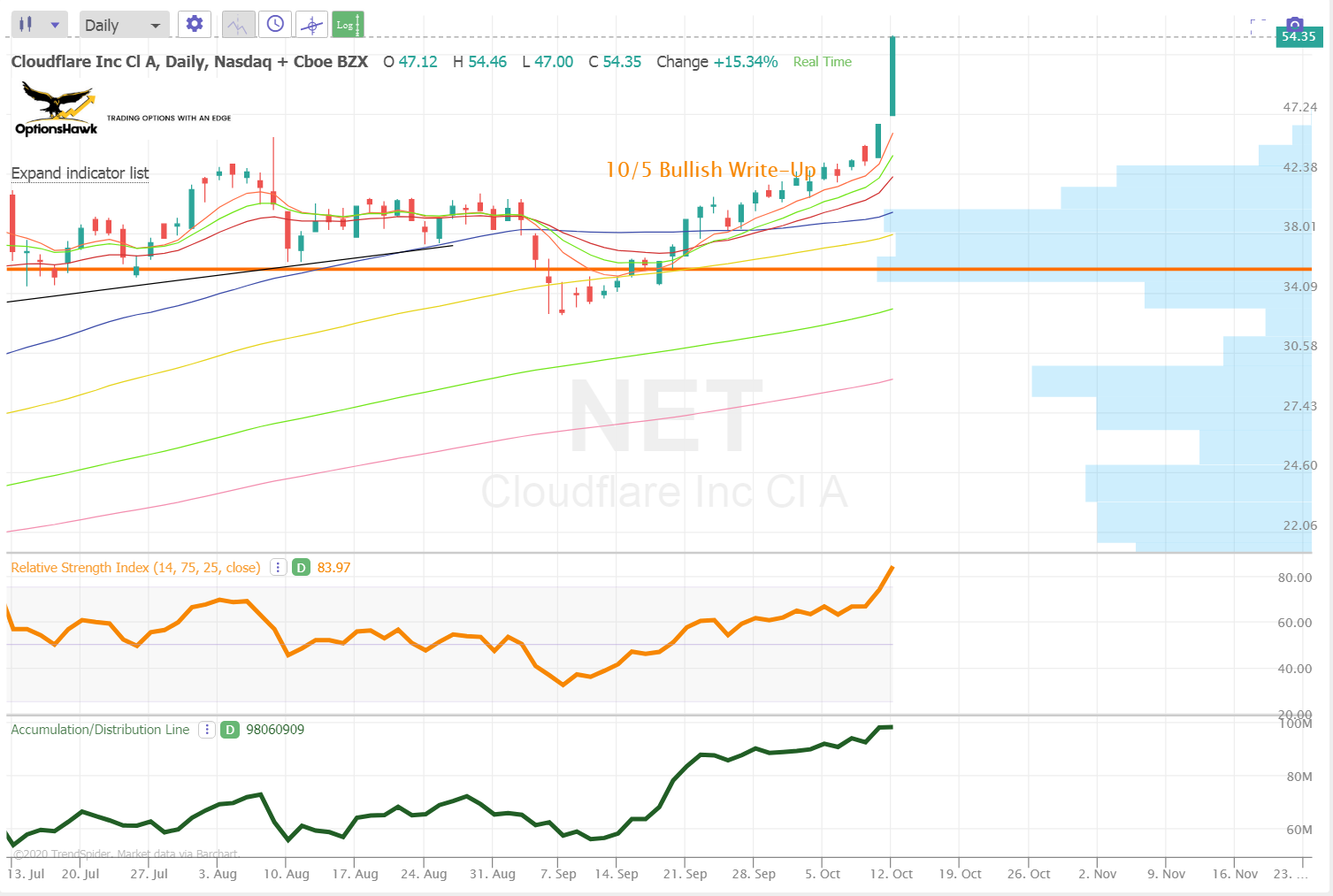