CommScope (COMM) was one of the situations where the trade worked nearly immediately and shares have run parabolic since the trade and continues to draw unusual bullish activity. It was a lesser followed name and I thought the write-up laid out a very compelling investment case, and thus far those that followed along have been rewarded. Our write-up on 5/3:

“CommScope (COMM) with an interesting large trade on 4/30 that sold 10,000 November $14 puts to buy the January $22 calls at zero cost. COMM has also seeing 10,000 May $17 short puts open and will report on 5-6 with shares currently below that $17 strike. In late March COMM saw similar trades with August $13 short puts in open interest 13,500X and January $22 calls bought 15,000X. COMM shares jumped in early April after announcing plans to spin-off their Home Networks business and have since consolidated above the rising 21-day moving average. Shares have worked out of a multi-year downtrend and have a lot of room to move back to the high $20’s. COMM is a global provider of infrastructure solutions for communication and entertainment networks. Its solutions for wired and wireless networks enable service providers including cable, telephone and digital broadcast satellite operators and media programmers to deliver media, voice, IP data services and Wi-Fi to their subscribers and allow enterprises to experience constant wireless and wired connectivity across complex and varied networking environments. COMM acquired ARRIS for $7.7B in 2019 to drive profitable growth in new markets, shape the future of wired and wireless communications, and be in a position to benefit from key industry trends, including network convergence, fiber and mobility everywhere, 5G, Internet of Things (IoT) and rapidly changing network and technology architectures. The $3.4B company trades 7.55X Earnings, 10.2X EBITDA and 10.8X FCF with a lot of debt. Forecasts call for revenues to grow just 1.5% in 2021 after 1.1% growth in 2020. COMM remains in the early stages of its strategic review and also announced plans for cost reductions and there could be more asset divestures and restructuring ahead. Analysts have an average target of $19 and short interest low at 3.5% of the float. Deutsche Bank upgraded shares to Buy with a $21 target after the news seeing the remaining company with a meaningfully stronger growth and profitability profile. Wolfe raised is target to $23 noting the spin of its troubled Home unit is a positive step and sees a path to upper $20’s for shares. Rosenblatt raised shares to Buy with a $21 target also citing industry catalysts such as Verizon’s acceleration of its C-Band 5G and capex spending, the RDOF awards to Charter and rural operators, and increased AT&T and Federal subsidized fiber builds.” 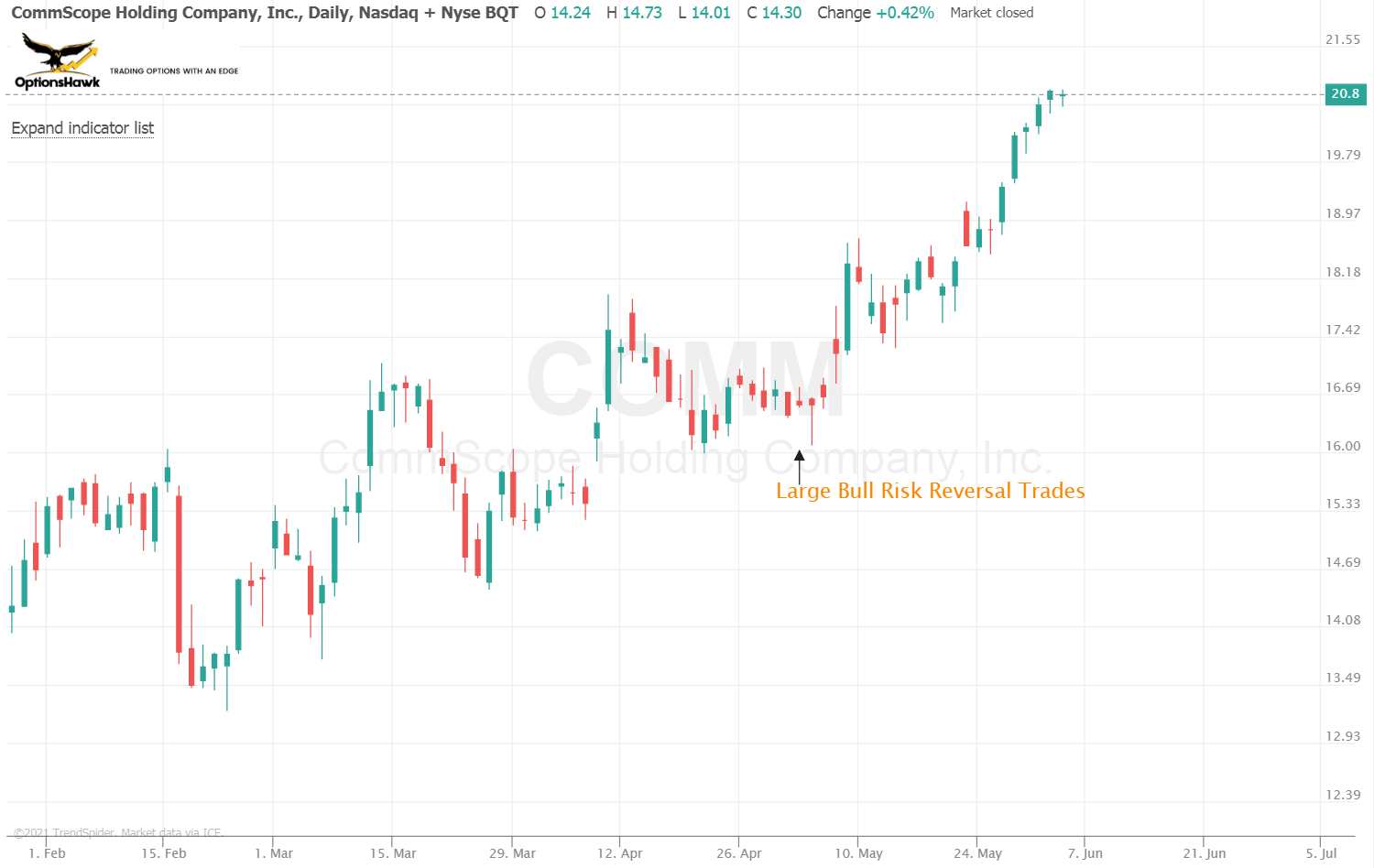