Trades of this size tend to have very high win-rates and once again it was a good one to follow!

“Hilton Worldwide (HLT) size buyer today of 20,000 April $80 ITM calls for $15.45 and follows sales of the November $80 puts earlier this week, over 6000X, and buyers in the April calls yesterday. HLT has seen accumulation in the December $92.50/$75 bull risk reversals, over 3500X lately, while the January $92.50 and $95 calls with buyers in late August. Shares are flagging under $95 and set for a big break after a series of higher lows and lower highs lately. A breakout higher targets $115 and back at the February range and HLT outperforming all of its peers since the March lows. The $24.6B company trades 37.3X earnings, 3.4X sales, and 7X cash and screens well versus other hotel majors given their asset-light model. HLT has been positioning for a late 2021 recovery with investments in remodels this Summer as 54% of their rooms currently under construction and set to ramp unit growth again ideally when the environment is more attractive. HLT has been noting positive early booking trends for 2021 groups business as many have begun rescheduling. Leisure travel trends during the quarter are also improving with TSA checks their highest level since March and recent industry surveys showing 36% of people comfortable with air travel, up from 8% in April, despite fears of a second wave. Analysts have an average target for shares of $90 and Nomura with a $121 PT in June. BMO upgraded to Neutral last week positioning for a lodging demand recovery. They also note that “Although a real inflection in demand will likely take until the second half of 2021 and into 2022, the stock’s risk/reward is more balanced while occupancy levels are well off the lows and the attractiveness of Hilton’s model provides support.” HLT has a number of stock-specific catalysts also into 2020 including new brand announcements, improvement in RevPAR, asset sales, and capital return announcements. Short interest is 3.9% and up from around 1.5% in the Spring. Hedge fund ownership rose 3.5% in Q2, Pershing Square a top holder with 13.78M shares. “ 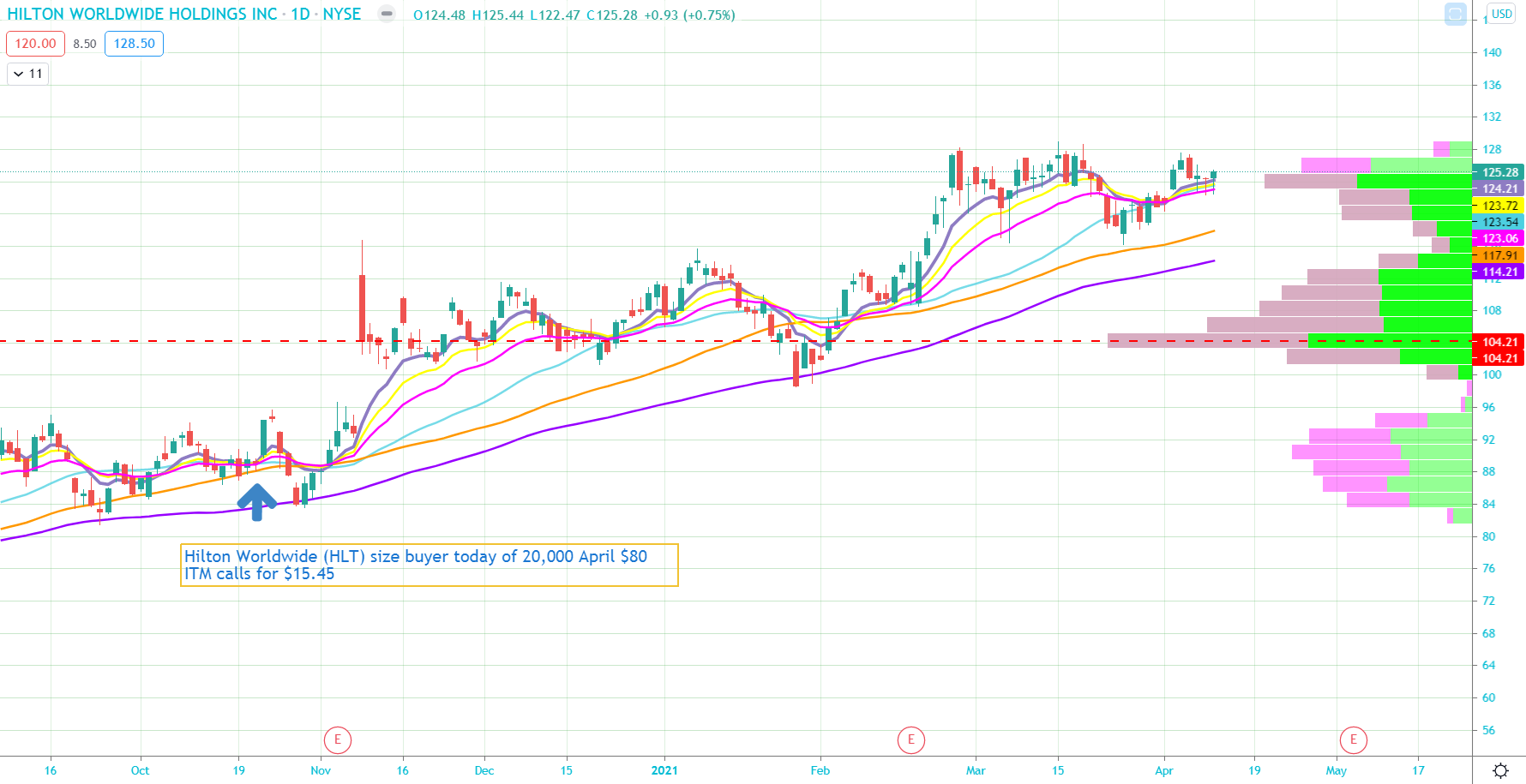