Fed-Ex (FDX) will report earnings 6/24 after the close with the Street looking for $4.96 EPS and $21.46B in Revenues (+23.7%) as its FY21 comes to a close, and Q1/FY22 seen at $4.96/$20.88B and $20.29/$87.13B. FDX shares have closed higher four of its last five reports with a six quarter average max move of 9.1%. The $75B freight carrier is trading 14.2X Earnings, 23.7X FCF and 9X EBITDA with a 0.9% dividend yield. FDX forecasts for FY22 see 5.2% revenue growth and 12.2% EPS growth. FDX is expected to see continued strong demand and also margin expansion a major part of the story with recent surcharges and price increases. FDX is an operating leverage story and also closely tied with Macro, so investors will be focusing on the forward guidance which should be strong to reflect the improving Macro data and improving industrial economy that has lagged. Analysts have an average target of $350 and short interest low at 1.3% of the float. CSFB raised its target to $364 last week noting high expectations into the report but ground pricing/margins may be a positive catalyst. Stephens raised its target to $360 expecting a strong report and guidance but concerned with the consensus bullish sentiment into the print. KeyBanc raised its target to $370 seeing the report as a positive catalyst and raised estimates for margins. On the chart FDX shares have pulled back off record highs the last three week and tested the 38.2% retracement of the 2021 range, the 21-week moving average and retested its former breakout. FDX sits just above VWAP off the 2021 lows and the 144-day moving average with a key volume node of support at $277. FDX options are pricing in a 6.15% move on the report with 30-day IV Skew at +1.8 comparing to the +0.9 52-week average. FDX has seen some large opening put sales in August $310, $300 and $270 as well as October $300 and $250. 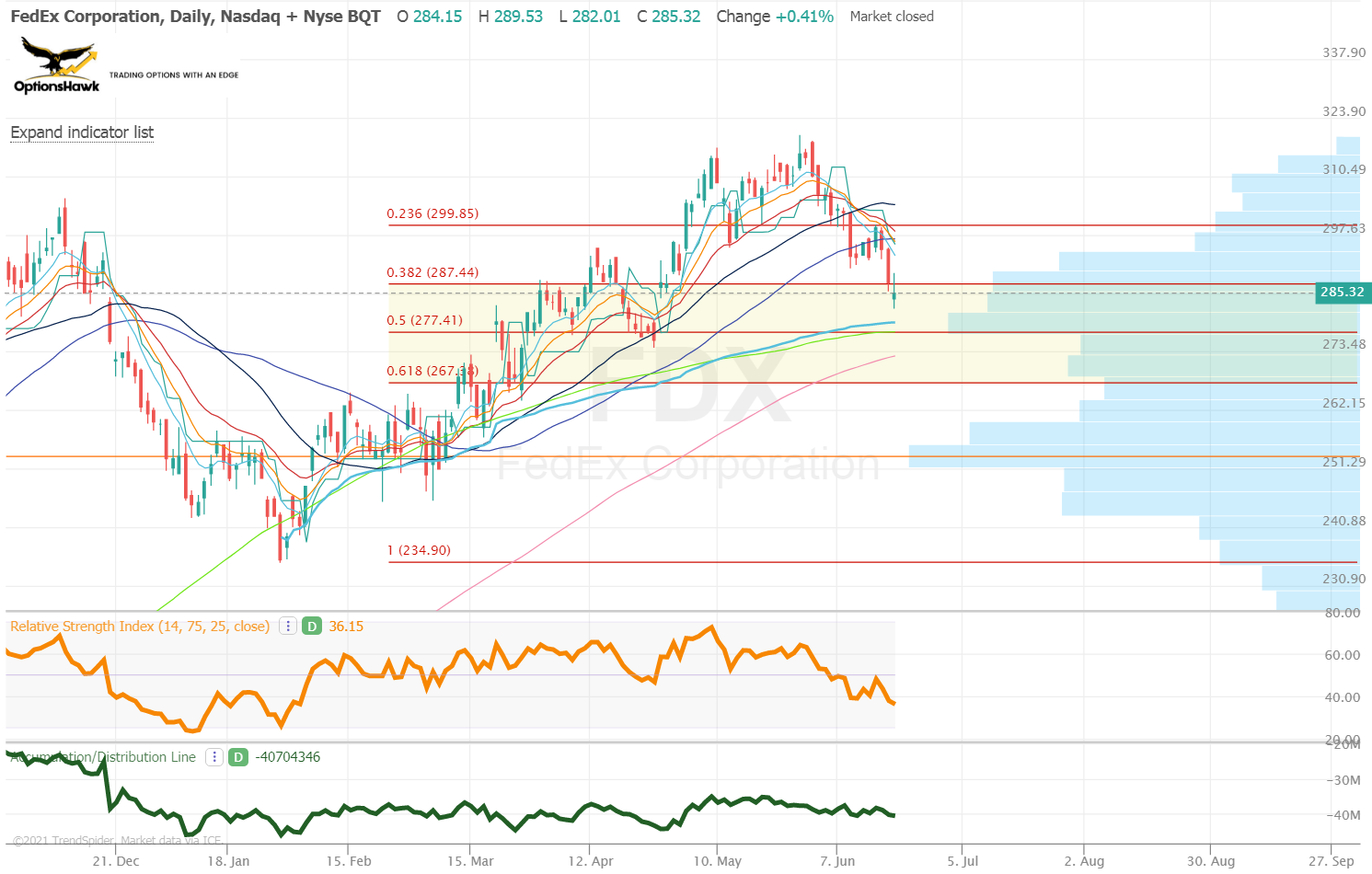