CONSOL Energy (CEIX) a name that keeps seeing upside call spreads trade including 700 March $79/$110 spreads bought on 8/30 looking to add to 375 in open interest and already has 2000 of the March $59 calls and 1,075 of the $64 calls bought in OI. CEIX also has over 1000 December $79 calls in open interest and notable upside January 2023 call open interest. CEIX has been a standout performer with shares +215% this year but dropped hard with Energy on Tuesday to test near the 8-week EMA. CEIX is a leading, low-cost producer of high-quality bituminous coal, focused on the extraction and preparation of coal in the Appalachian Basin. Its most significant assets are the PAMC and CONSOL Marine Terminal. Coal from the PAMC is valued because of its high energy content (as measured in Btu per pound), relatively low levels of sulfur and other impurities, and strong thermoplastic properties that enable it to be used in metallurgical, industrial and power generation applications. CEIX has an extensive logistical network, which is directly served by both the Norfolk Southern and CSX railroads, to aggressively market to a broad base of strategically selected, top-performing power plant customers in the eastern United States. The CONSOL Marine Terminal to exports coal to industrial, power generation and metallurgical end-users globally. CEIX is expanding its presence in the metallurgical coal market through the development of the Itmann Mine in West Virginia. CEIX has a market cap of $2.43B and trades 3.5X EV/EBITDA with EBITDA seen rising 107% in 2022 and 53% in 2023 with 47% and 28% revenue growth respectively. In the latest quarter CEIX achieved the highest quarterly average co-revenue per tons sold since CEIX became an independent public company in 2017. The Itmann project made significant strides in the second quarter and is expected to start-up in Q3. CEIX will start a shareholder return program in Q3 and Finally, we are very excited to announce that we are implementing a shareholder return program, which will begin in Q3’22 and will return a portion of free cash flow generation back to shareholders. Looking across the broader thermal coal markets, global demand remains robust as a result of tight supply. In the US CEIX is seeing domestic coal-fired electric generation units delaying retirements due to energy shortage and grid reliability concerns. Internationally, Europe, Australia, and Japan are all bringing back coal-fired electricity generation units due to grid reliability concerns in the face of a potential loss of Russian gas. CEIX barely has any Street coverage. 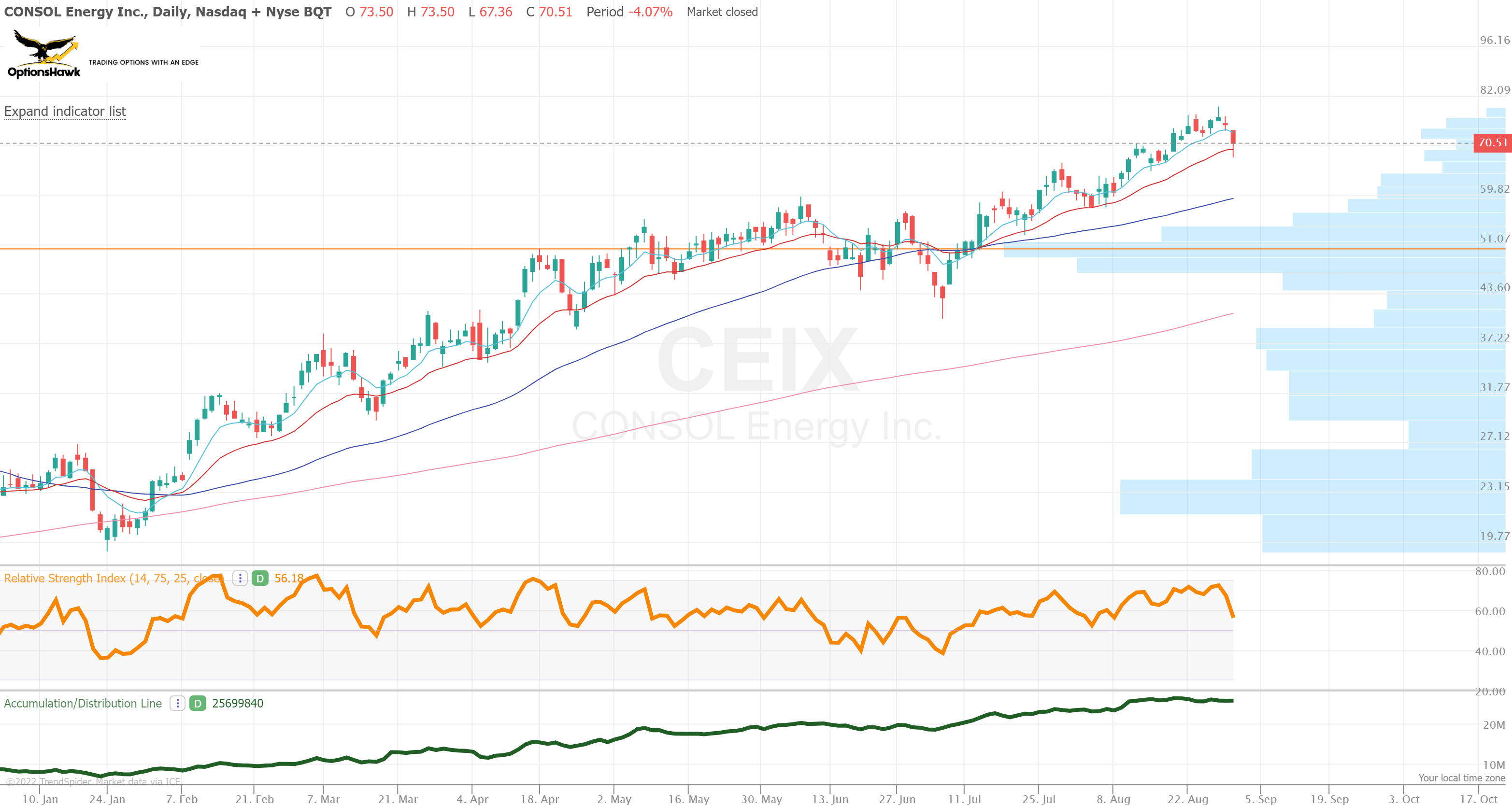