Prothena (PRTA) a leading Biotech mover in 2021 with shares +275% YTD and a name that caught our eye on 2/17 with an unusual buyer of June far OTM calls. The call buyer had to be patient as shares then consolidated for a few months but those calls are now worth 300% to 400% more than the purchase price, a major gain and the strong price-action and attractive valuation gave us good reason to be involved.

“Prothena (PRTA) shares moved to highs into the close on 2/17 with 2,760 of the June $30 calls being bought $2.90 to $3.80 to open, call volume running 45X daily average and June IV surged to 103.8% from 85%. PRTA does not have any other notable positioning and shares are +91.5% YTD with shares recently rising after announcing plans to advance birtamimab into confirmatory Phase 3 AFFIRM-AL study in patients with AL amyloidosis. Birtamimab is the only investigational therapeutic that has shown a significant survival benefit in Mayo Stage IV patients with AL amyloidosis in a placebo-controlled study, with 74% of birtamimab-treated patients alive at 9 months versus 49% of patients in the control group in VITAL. PRTA has a $630M market cap and in the clinical stage with no real revenues. PRTA also has a focus on Neurodegenerative diseases like Parkinson’s and Alzheimer’s with ADPD 2021 taking place March 9th-March 14th a likely catalyst with it presenting preclinical data for PRX005 in Alzheimer’s. PRTA is targeting multiple blockbuster indications with a high unmet need. PRTA is well-financed with nearly $300M cash and has strong collaborations with Bristol Myers and Roche. Analysts have an average target of $26 and short interest low at 1.8% of the float for a speculative Biotech. HCW started shares Buy in December noting Prothena’s expertise in neurodegeneration and immunotherapeutic approaches makes it one of the leaders in the space. It also cites positive prospects for PRX002/prasinezumab for Parkinson’s disease (PD), which is partnered with Roche based on the encouraging Phase 2 data and prospects for Phase 1 and subsequent Phase 2 study of PRX004 for ATTR amyloidosis. Jefferies recently upgraded PRTA to Buy with a $30 target citing an expansive pipeline of assets advancing in every stage of development with three mid to late stage rare disease and neurology assets and two early stage assets. OpCo raised its target to $35 on 2/2 noting the FDA granted an SPA agreement for the confirmatory Phase 3 study with a generous p value of less than 0.1 required to enable registration based on the primary endpoint of all-cause mortality in Mayo Stage IV amyloidosis. BTIG also raised to Buy with a $29 target.” 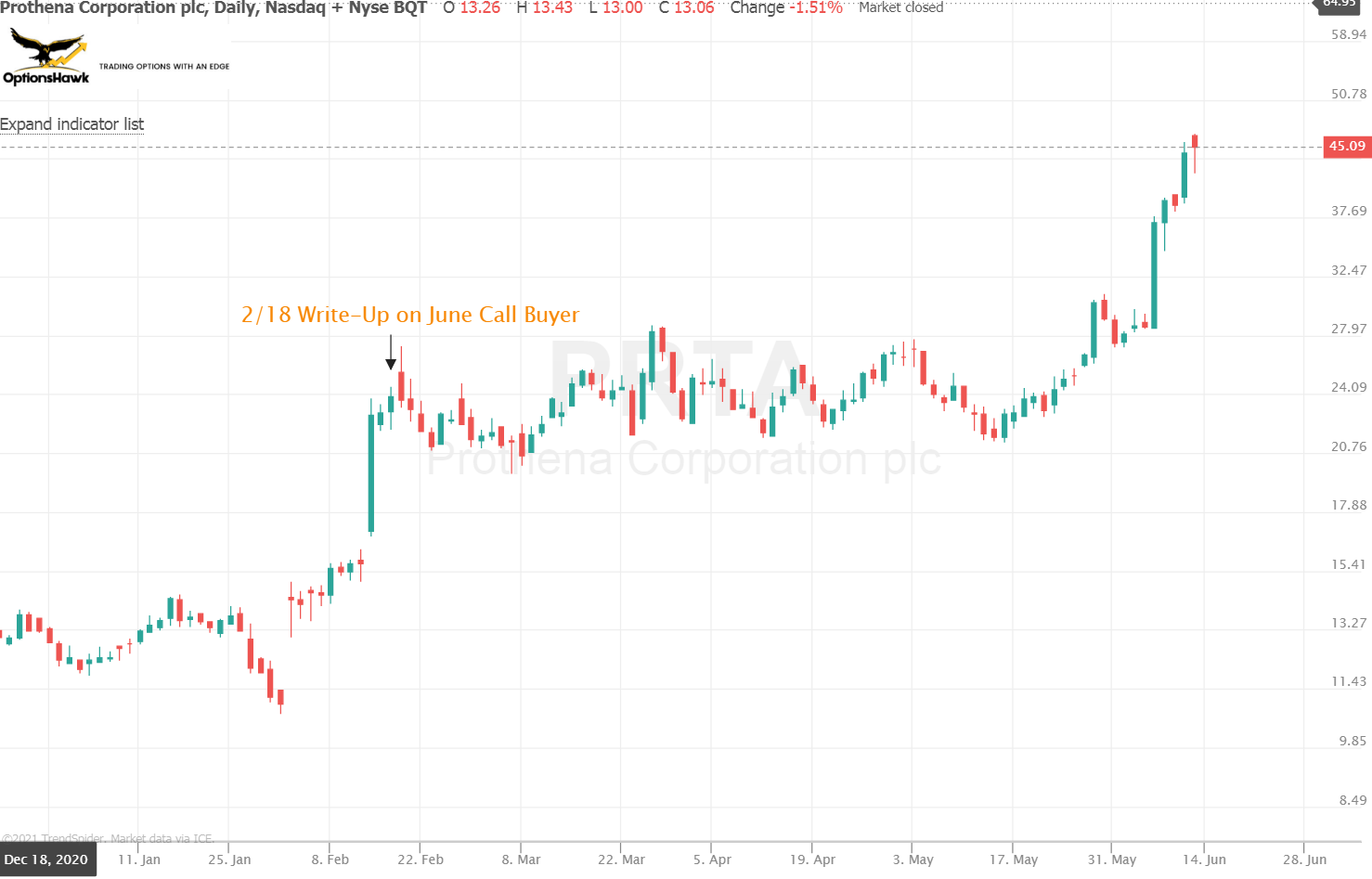