Embraer (ERJ) with an unusual block of 5000 October $20 calls bought for $0.60 on 8/31 and traded 9X daily options volume. ERJ has some elevated call open interest in January 2022 and did see buyers in January 2023 $17.50 calls on 8/25 which now have 1,485 in OI. ERJ call open interest is more than 4X that of the put open interest. ERJ has been a strong performer since last November and shares put in a big August candle that cleared both VWAP off its 2014 highs and moved shares out of a seven year downtrend.

Embraer SA is a Brazil-based jets manufacturer. The Company produces aircraft for commercial and executive aviation, as well as for defense and security purposes and related services. ERJ has a market cap of $17.3B and trades 10X FY22 EBITDA with EBITDA seen rising 30%+ in 2022 and 2023. ERJ reported 14% Adjusted EBITDA margins for the latest quarter. Total backlog is $15.9B, up 12% sequentially, resulting in a book to bill of 2.50X. ERJ posted its first quarterly profit in more than three years last quarter and took another step toward the development of the first brand-new Western turboprop aircraft in decades. Turboprops are said to be more efficient on shorter trips and are particularly attractive at a time of higher oil prices. Embraer’s new concept for the turboprop would feature engines mounted at the rear of the aircraft, an unusual change from the more conventional wing-mounted engines. The company has been searching for a partner to develop a new turboprop that would compete with European manufacturer ATR, which dominates the market with a long-established model of roughly 50 to 70 seats. In 2018 Boeing (BA) tried to acquire 80% of a joint venture with Embraer for $4.2B which was blocked by Brazil’s government. JP Morgan raised its target to $28 on 8/18. 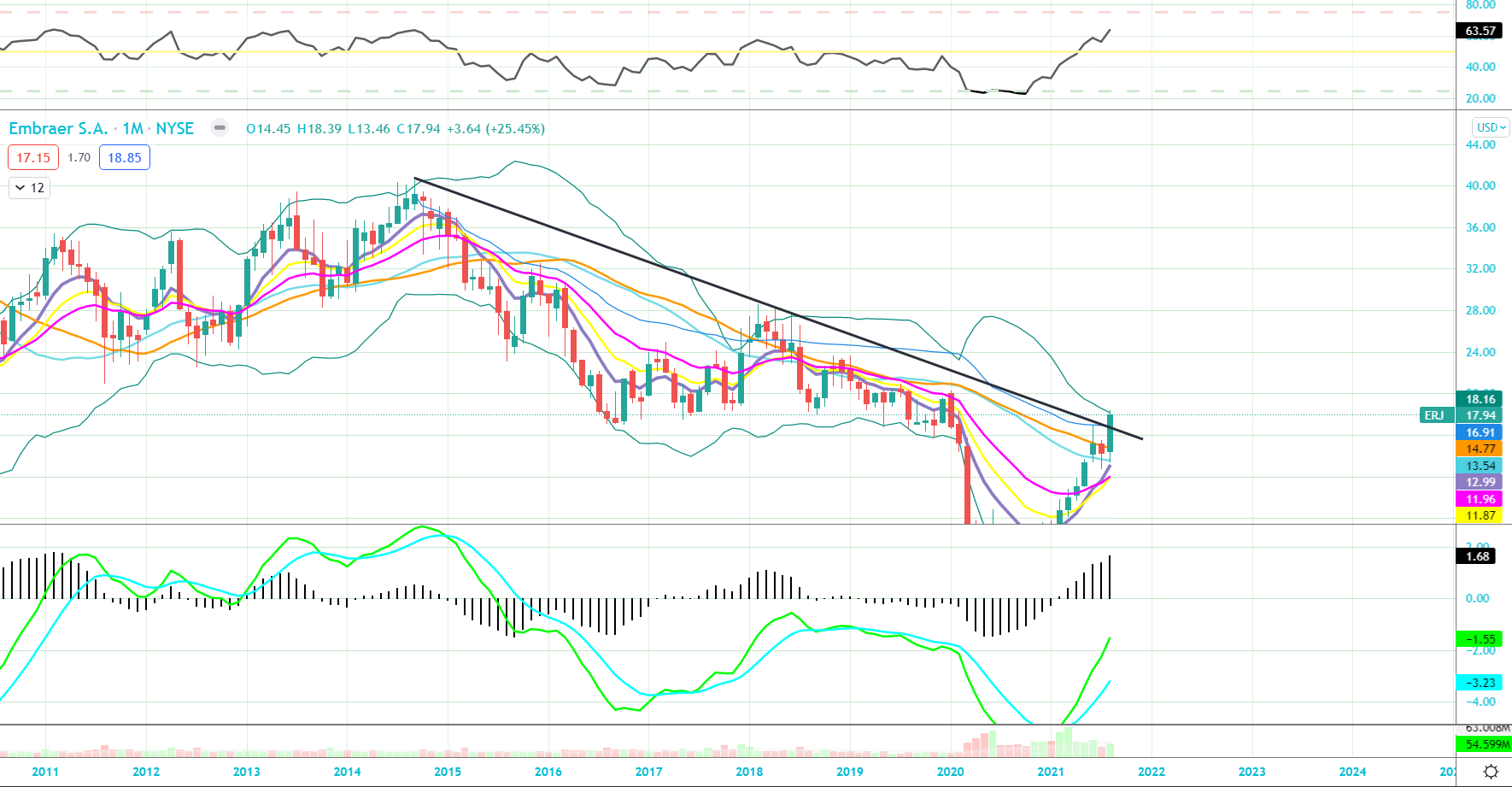