Align (ALGN) forming a narrow channel after the recent strong breakout and reclaimed the 21-EMA on Thursday after opening weak. A move higher through $692 sets up for a re-test of the prior highs around $715 and measured move to $780. ALGN broke out of a big weekly range recently and both MACD and RSI with early bull crossings, plenty of room to move on a longer timeframe. 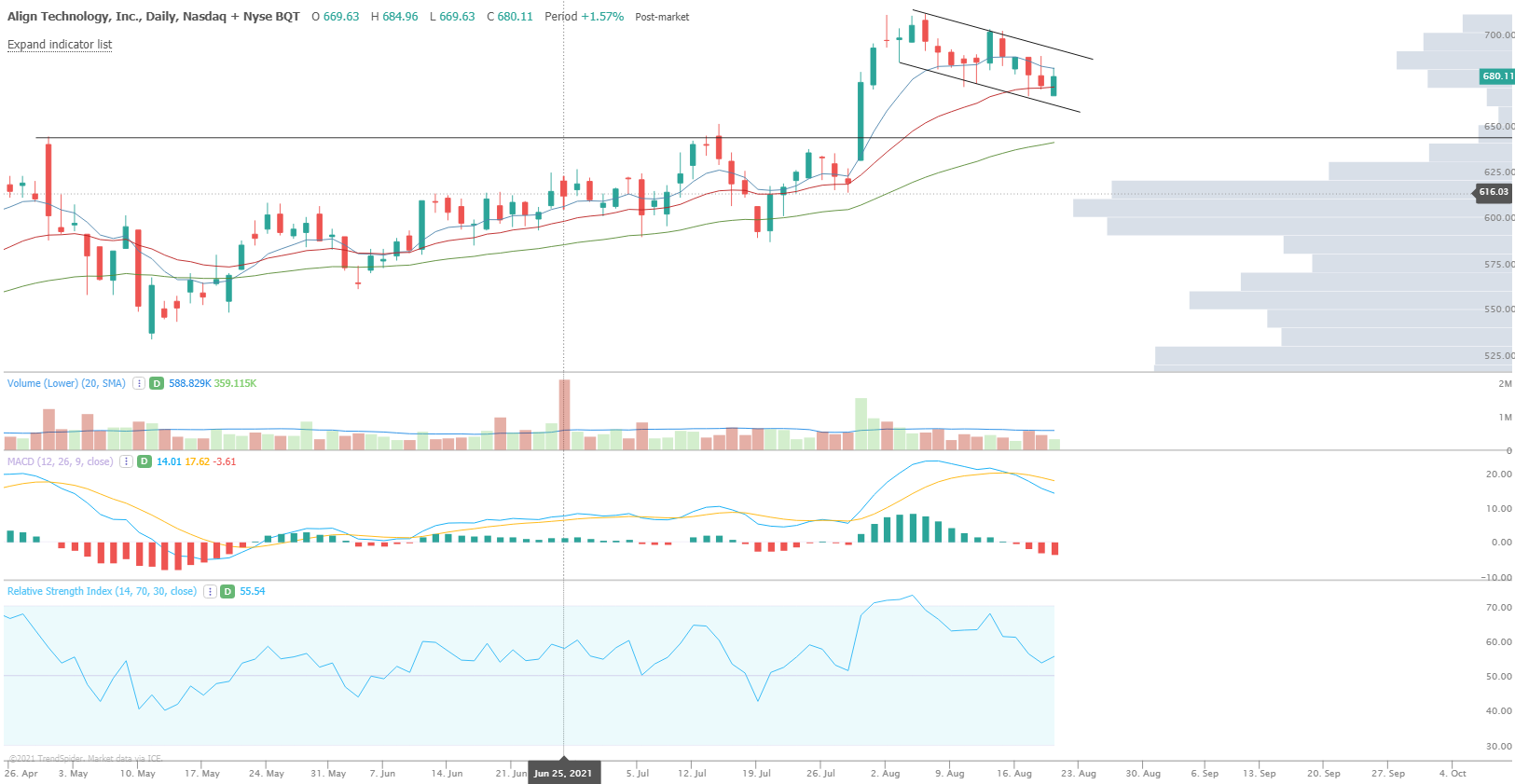