Western Digital (WDC) has been strong since late April and jumped recently on talks of a stakeholder pushing for the breakup of the company to unlock value. Shares have formed a bull flag since that gap and above $62.5 set up for a move into the $70’s. Option trades have been strongly bullish with 24,000 July $65 calls bought in open interest and 10,000 of the $55 calls also still holding. 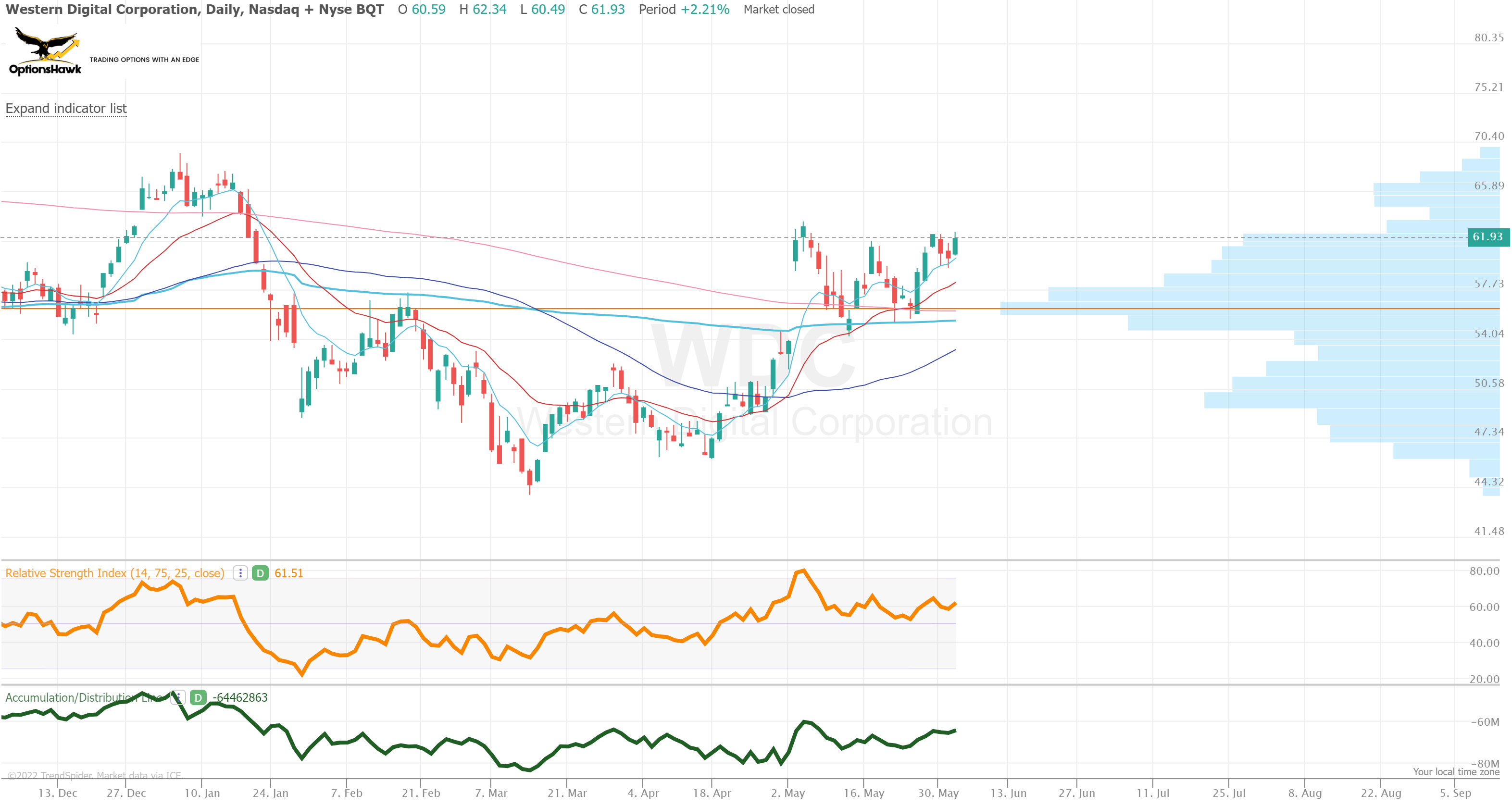